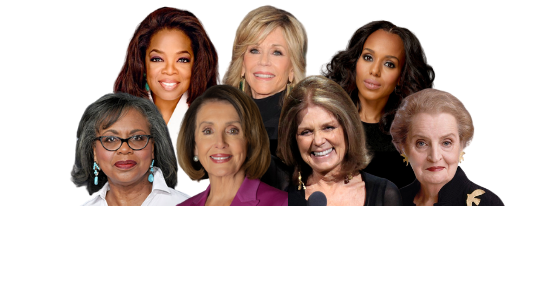 How Women Can Lead the Way in Changing the Power Paradigm Insights from Jane Fonda, Kerry Washington, Oprah, Gloria Steinem and other renowned women

The following is an excerpt from Leading the Way: Inspiring Words for Women on How to Live and Lead with Courage, Confidence, and Authenticity by Marianne Schnall, published by Tiller Press, an imprint of Simon & Schuster. Copyright © 2019 All Rights Reserved.

Throughout my career interviewing successful women leaders, one important point that consistently comes up is the notion that if women are going to advance into more positions of power, we shouldn’t mimic the ways power and leadership have been modeled for us throughout history so far (mostly by men). Instead, we should model new paradigms of power and bring our authentic voices and full selves to our leadership. Oftentimes, the leadership qualities that are most celebrated and promoted in our culture are mainly what are characterized as the “masculine” ones: being tough, strong, and authoritative—and thinking of power in hierarchal ways. But we need to shift this perception so that good leadership also includes women’s unique sets of experiences and perspectives, as well as qualities that are generally deemed “feminine,” such as compassion, empathy, or having a collaborative spirit.

Women—and men, since leadership stereotypes can constrict them, too—should be able to embrace these feminine attributes of leadership so that we can begin to disrupt those gender stereotypes and bring a full range of human qualities to leadership. We also need to reframe the purpose of power as not simply having power for one’s own benefit, but instead as a means to use our influence to guide, empower, and uplift those who don’t have power: to give power “to” rather than have power “over.”

After all, why have more women in leadership if we are not going to bring all we have to offer to the table? To inspire you to start leading in your own way and on your own terms, I’ve included insights in this chapter from several successful women leaders who are all examples and advocates of power and leadership done differently. 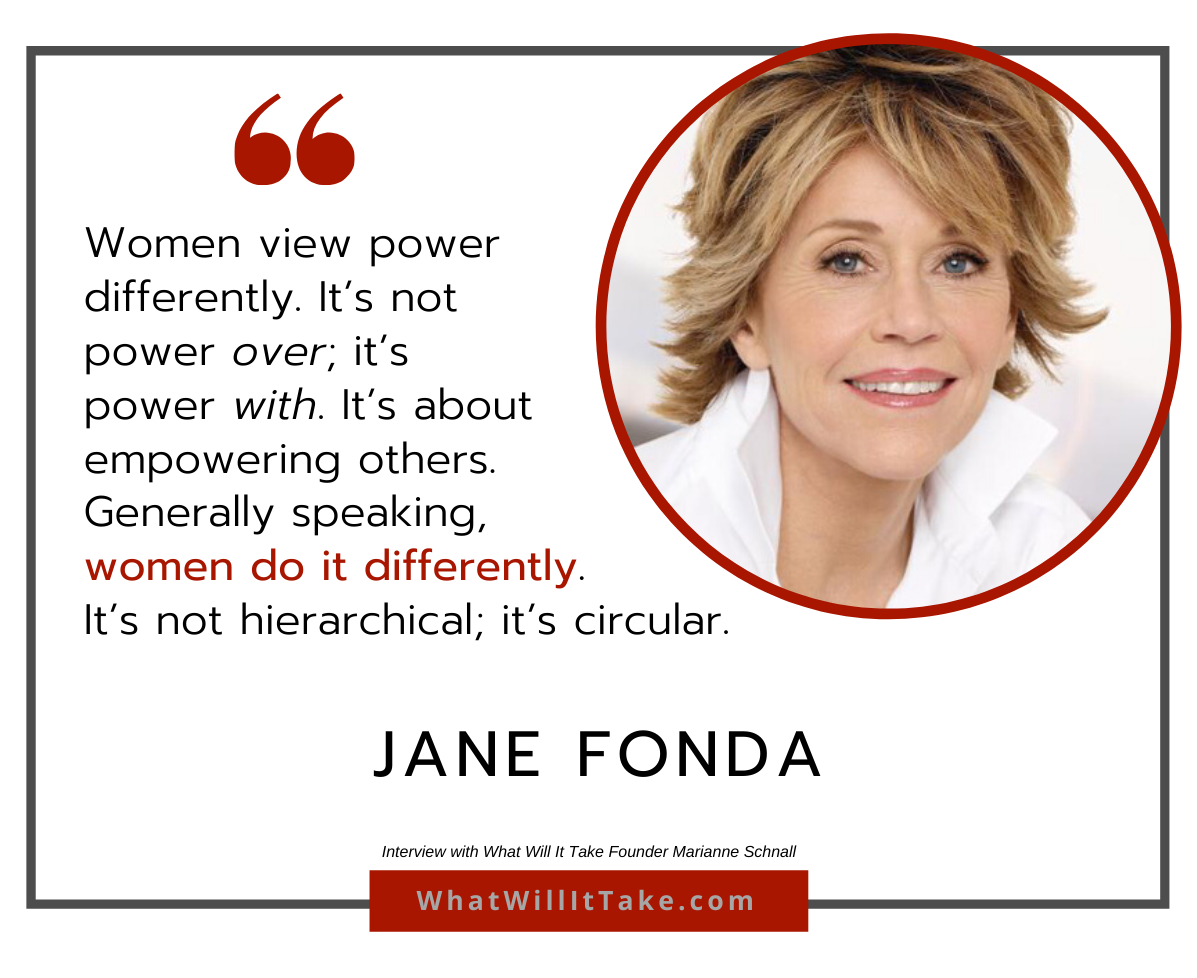 “In my opinion, the most important thing as a woman leader is that if you have a position of leadership and power and you don’t use it in a different way, then you’re wasting it. So when people used to say to me when I was the first woman president of PBS, ‘Does that mean that as a woman you’re going to be a different kind of president?’ And I would say, ‘Well, I hope so!’

We are bringing to power natural, feminine attributes that come to us from our own life experiences as mothers and sisters and daughters and wives. If we bring all this to bear into our leadership positions, then we will be different kinds of leaders. 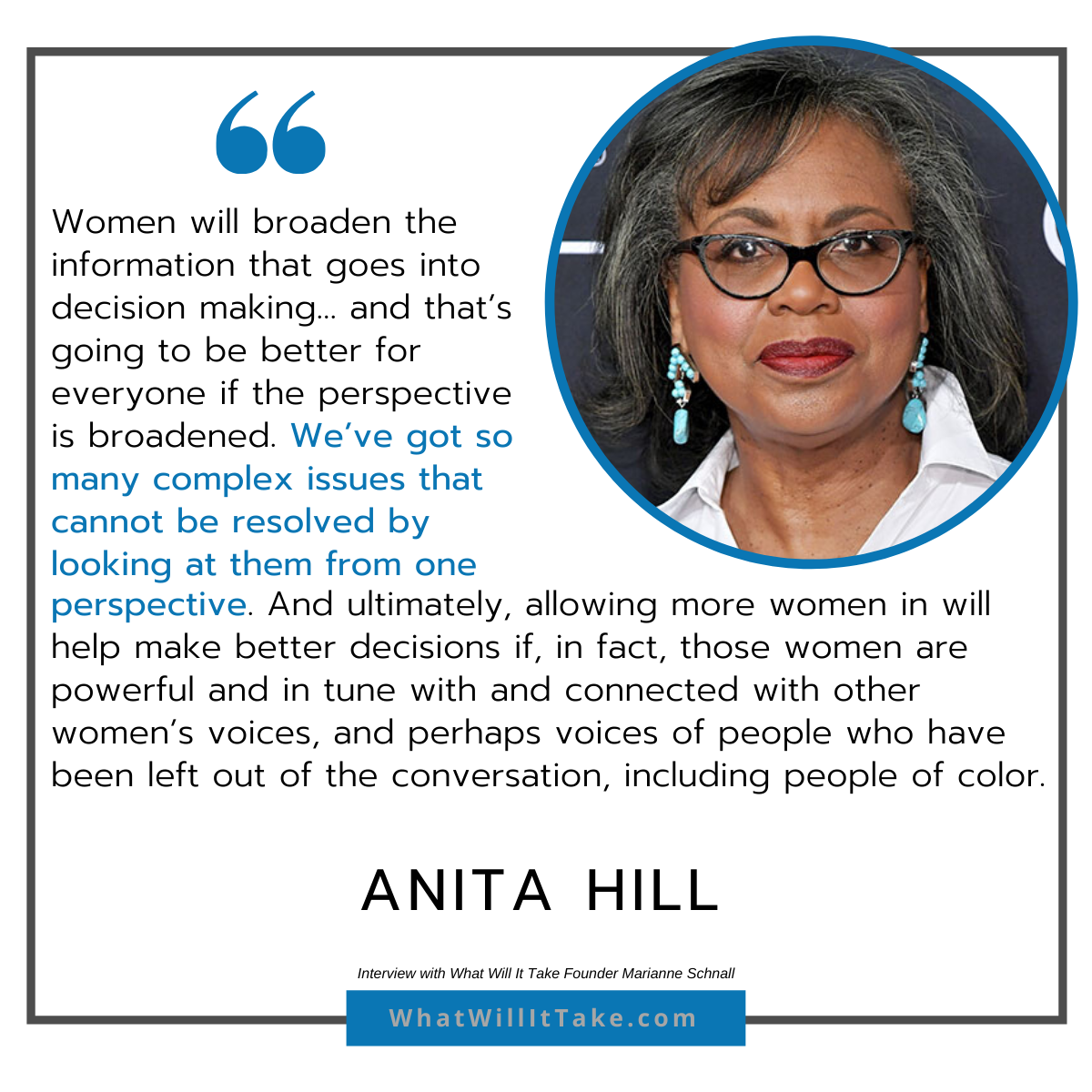 “Women have the potential to change the way power is used in the world for everybody. We’re not interested in women taking over the old power paradigm. We think everyone will benefit when women not only join men at the table but also help men turn the tables over and create something new.”

“The leadership qualities that are needed to really propel things forward are feminine, and both men and women need to draw on these attributes because the times are calling for it. You know, I’ve always had a thing for ‘C’ words. Create. Connect. Collaborate. Communicate. Change. Compassion. Community. These are the words I’ve leaned on in my own experience as a leader, and when I really look at these words, I see how they are all about feminine leadership.” 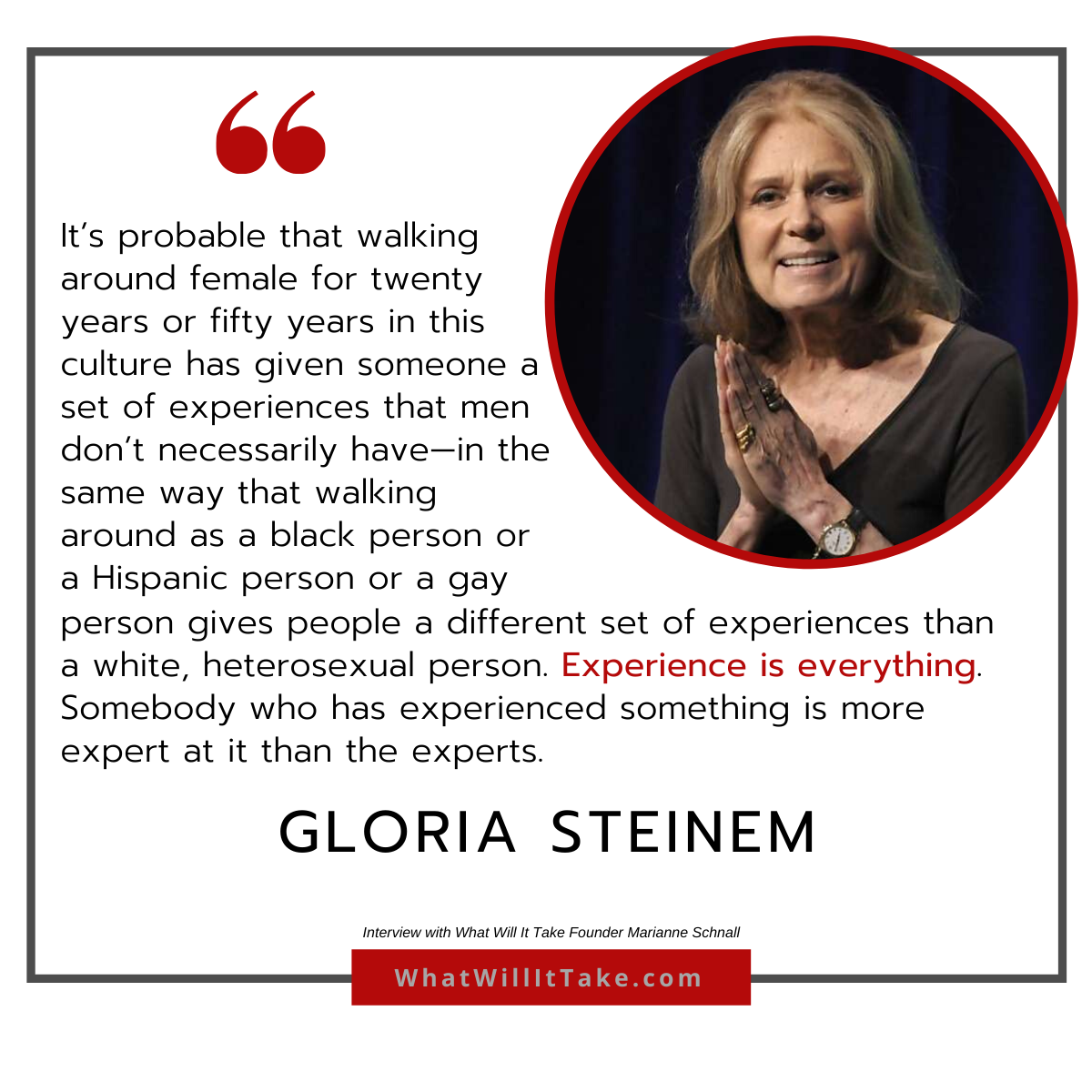 “Sometimes when women do find themselves in those positions, we really don’t see that much difference. And I have always felt that perhaps women have sometimes almost embraced the same values as men, and the same character as men, because they are in the men’s world, and they are trying to fit into a system that men have created. And maybe, in truth, when there is a critical mass of women who play that role in governments, such as what we have in Rwanda, then we will see whether women can really manage power in a way that is less destructive than the way that men have used power.”

“One of the reasons why I want women to run things is because when we run things, when we actually have power, we run things differently. We not only don’t abuse power, we also share it. And we create the environment for others to lead, for there to be policies that really challenge the idea that everything is a zero-sum game.

If you look at the Women’s March as an example, there were signs about every issue under the sun. Everything from health care to education to mass incarceration to immigration, and there was room for all of it. We didn’t have to choose, we didn’t have to prioritize, and it actually felt right. And so when women run things, we actually know how to hold the complexity of American life in the twenty-first century and actually move us all toward solutions together. We need leaders who can unify the country, not tear us apart. We need leaders who can actually open more space for voices to be heard. We need leaders who can democratize the story of who we are as a country, as opposed to take us back in history. Take us forward—women can do that.”

“I can say this without any doubt, I have no hesitation: women bring a consensus-building attitude that is not always present at the table. We build consensus; we don’t dictate policy. Secondly, I really do believe that women have an intuitive sense, which is very important in leadership. If you have a vision and you have knowledge and you have a plan, you know what decision you need to make intuitively. And that confidence is contagious. If you act in that decisive a way, people will have confidence in you, and they’ll follow your lead.”

—NANCY PELOSI—
Speaker of the House of Representatives

Lifting Up Other Women and Marginalized Voices 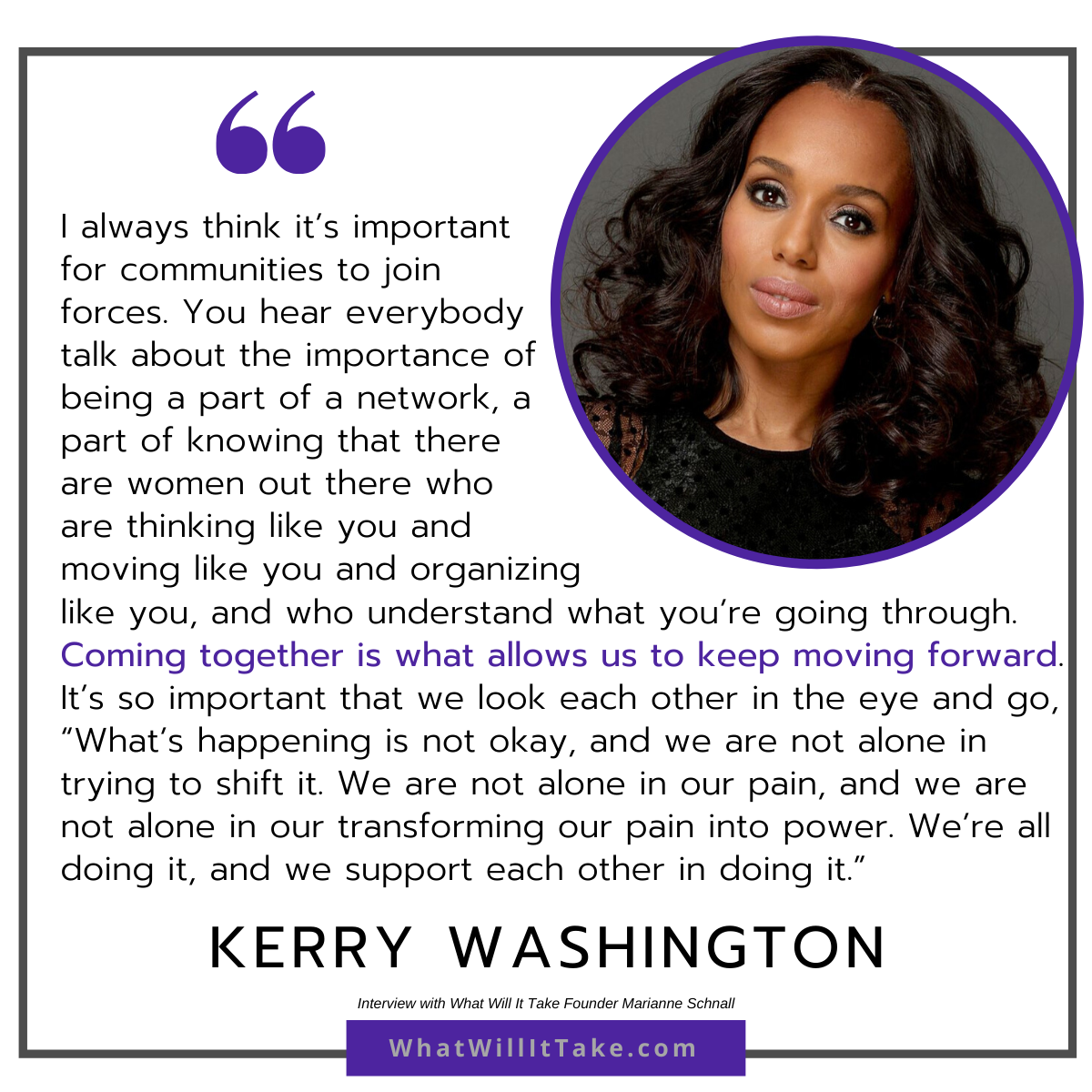 “The most critical characteristic of a leader today is the ability to connect with the problems of people who are not like you—those who have been underserved by government historically, who don’t enjoy the privileges that you do.” 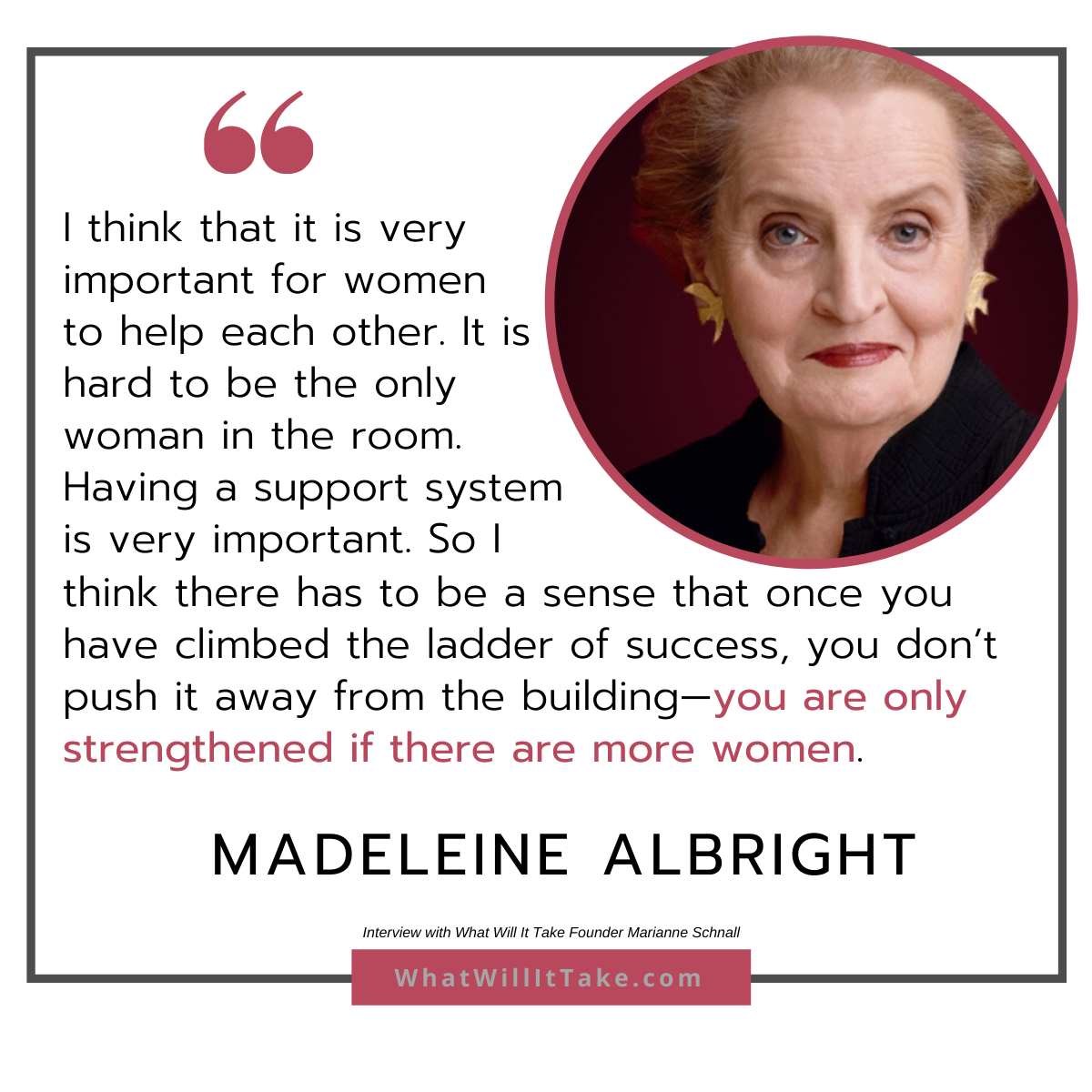 “I think we need to continue as women to constantly celebrate what we have in common and share—and stop letting society focus on how we’re different.” 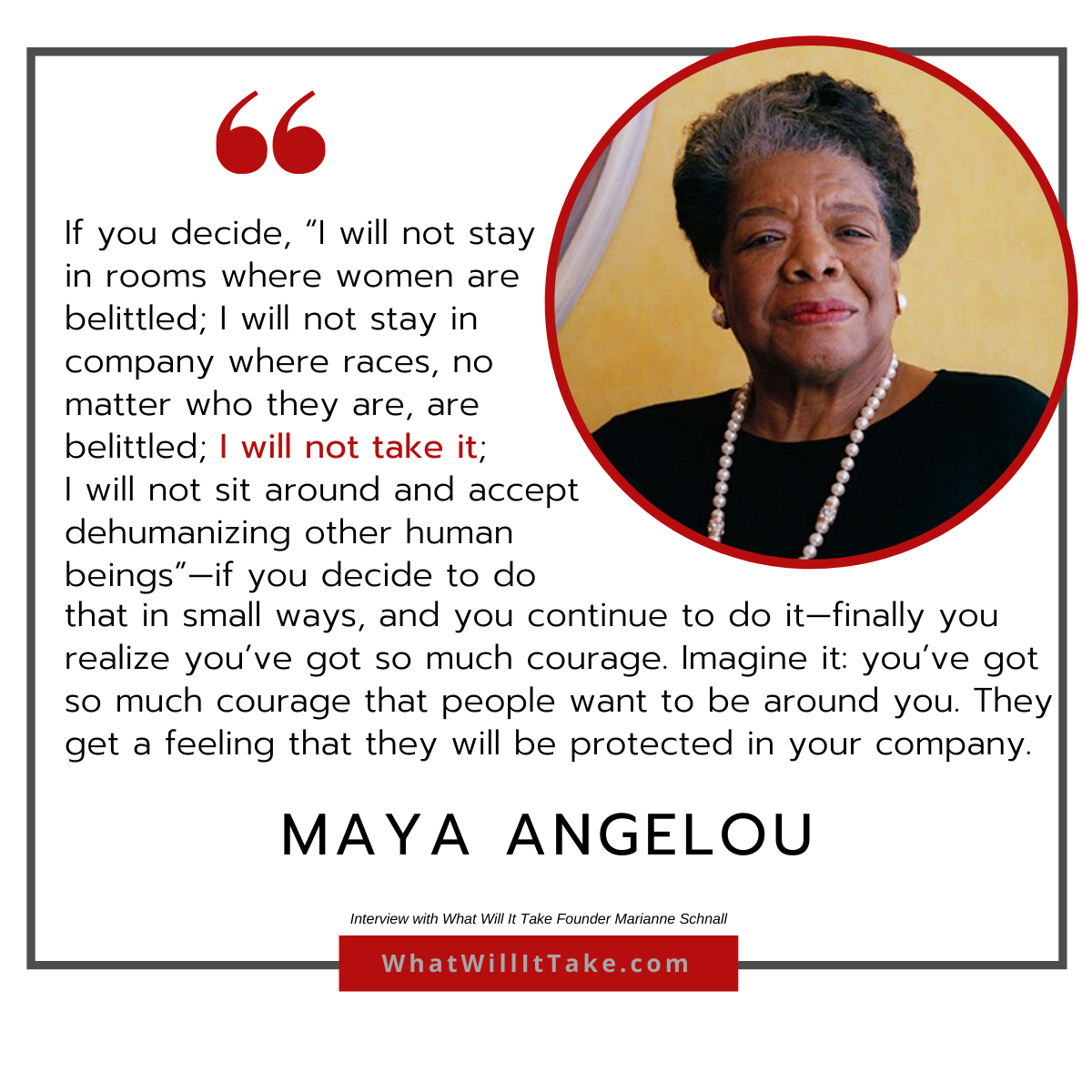 Find out more about Leading the Way by Marianne Schnall 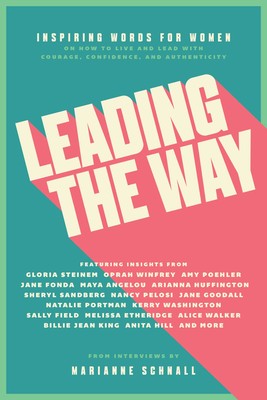 Marianne Schnall is the founder of What Will It Take Movements, Feminist.com, and a widely published journalist, author, speaker and interviewer. She is the author of Daring to Be Ourselves: Influential Women Share Insights on Courage, Happiness and Finding Your Own Voice, as well as What Will it Take to Make a Woman President? Conversations About Women, Leadership & Power. Her new books include Leading the Way:  Inspiring Words for Women on How to Live and Lead with Courage, Confidence, and Authenticity, and Dare to Be You: Inspirational Advice for Girls on Finding Your Voice, Leading Fearlessly, and Making a Difference. You can visit her website at www.marianneschnall.com.