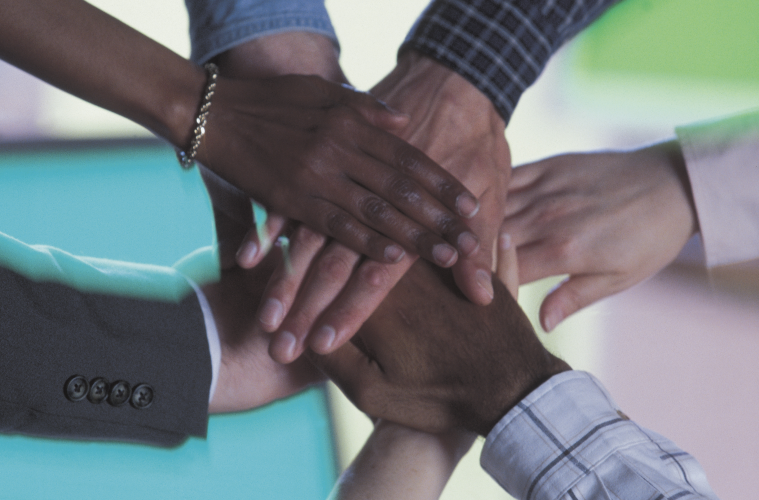 On our page The Problem we include some sobering statistics about how low the percentages of women in leadership positions are in this country—in politics, corporations, businesses, media, and more. At What Will It Take, we aim to provide information and resources to help women reach parity and increase these numbers so that women have equal representation in all levels of private and public life.

Why are we advocating for this? Aside from the obvious reason that women are over 50 percent of the population and therefore deserve to have 50 percent representation, the reason it matters is that we ALL would benefit from a more diverse and reflective democracy and society.

It has been proven that the more diverse a group, the stronger that group will be, because each individual brings to the table their own unique background, perspectives, skills, knowledge, and experiences. This leads to more expansive and inclusive dialogue, collaboration and problem-solving. And I am sure we would all agree that there are so many serious problems we face in this country and the world right now and we need women’s voices, visions and perspectives—as well as those of other underrepresented groups and marginalized voices—in order to arrive at the best solutions that benefit all of us.

For my book, What Will It Take to Make a Woman President? I had the opportunity to ask a diversity of thought leaders and public figures to tell me in their own words why having gender diversity in leadership is so important. Here are just a few of the things they had to say (the full interviews are available in the book):

I think that if we don’t have gender diversity at the top of American politics and in corporate boards, then we’re just going to get weaker decisions, and I think that’s what we’ve been stuck with…. [Women] bring a certain level of different perspective, a different way of thinking, and that is just really valuable for all of us. This is not something that is just going to benefit the women of America; it’s something that’s going to benefit all of America.”

—Nicholas Kristof—
Journalist, Author of Half the Sky

“[Women] broaden the information that goes into decision making. I think people tend to connect with and bring into their own circles people who are like them, so by bringing in one person, you are more likely to bring additional women’s voices into the decision-making process, and that’s going to be better for everyone if the perspective is broadened. I think we’ve got so many complex issues that cannot be resolved by looking at them from one perspective. And ultimately, allowing more women in will help make better decisions if, in fact, those women are powerful and in tune with and connected with other women’s voices, and perhaps voices of people who have been left out of the conversation, including people of color.”

“There’s been a lot written about what the world would be like with more women [leaders]. My view is that if all the players play, that creates more competition, and more records get broken. I just think we would perform better as a society. Plus, I want to live in a more equal world.”

“There’s been a lot of research into how men and women lead differently—research that tells you women are more collaborative, and I’ve read a bunch of that. But what I think is more powerful is you come from this outsider perspective, so when you take your seat at the table you don’t necessarily ask all the same questions that other people would. You don’t necessarily bring with you all the same people that other people would. You bring a different perspective, a different background.”

“It’s probable that walking around female for twenty years or fifty years in this culture has given someone a set of experiences that men don’t necessarily have—in the same way that walking around as a black person or a Hispanic person or a gay person gives people a different set of experiences than a white, heterosexual person. Experience is everything. Somebody who has experienced something is more expert at it than the experts. We need politicians who look like the country.”

“Women are not sufficiently part of the decision-making fabric of this country—whether in Congress, state governments, corporate boardrooms, or corner suites, there are not enough women’s voices being heard. I believe if we are going to grow our economy and really create a competitive environment against other nations, we need women as part of that effort. Until women are able to achieve their potential, America will not achieve hers.”

“Pretty much all studies have shown that if you have diversity in leadership, whether it be men, women, African American, Latino—all of those combinations—the more diversity you have in decision-making, the better the decision. If it’s all a bunch of white men that think alike, then you’re not going to have broad analysis or broad possibilities of different ways to approach things. If you have diverse people in the discussion, you’re going to have diverse points of view about how to resolve your issues or how to move forward.”

“Diversity comes people that are forming new connections, making new distinctions—and it comes from people from different walks of life, sharing their unique experiences and perspectives. Women bring, frankly, likely so much more to the table.”

“One gender throughout most of our history has had power, so there’s little wonder that when we think of power, we think about it in one-gender terms. So we need to change that, and we can only change that by changing the people who have power. A new power paradigm emerges when a different gender holds it, has it, and then uses it differently. I mean, if women get power only to be just like the guys who had it before them, then that’s not progress.”

“From the point of view of my generation, I think visibility is so important in inspiring future generations of leaders. If we don’t see female politicians out there, and we don’t see them in equal numbers to men, then going into politics, or leadership in general, doesn’t seem like a viable option for us.”

“Leadership in the future, whether it’s male or female, I believe will start to come from a place of the idea of this great experiment called democracy . . . and to do that, we have to have it inside ourselves to know not to fear any diversity, but to be able to coexist with everything and anything, and that’s where power and strength for communities and our country comes from.”

When Black Women Lead, We All Win: 10 Inspiring Leaders Show Us The Way

Putting a Gender Lens on COVID-19: Thought Leaders Weigh In