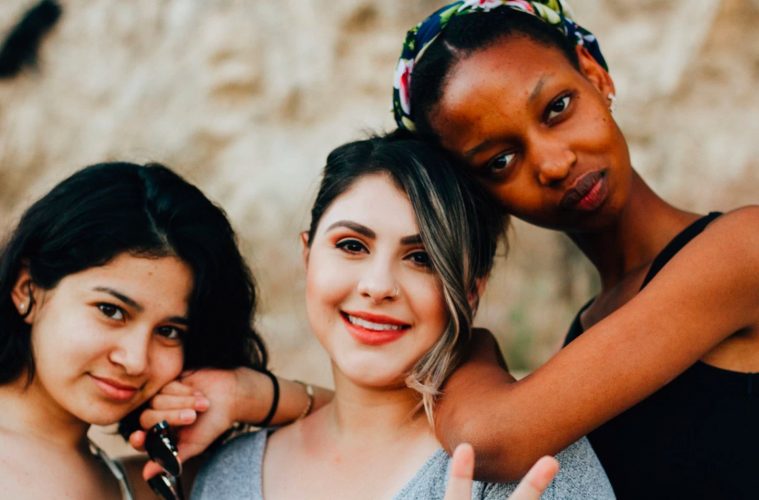 Press for Progress Speak up, step up, start movements, and organize for change so that we can help women achieve parity in our lifetime

The theme of International Women’s Day 2018 was “Press for Progress.” According the World Economic Forum’s 2017 Global Gender Gap Report, at the rate we’re progressing toward women’s equality, women won’t achieve parity for another 200 years. In order to reach this milestone sooner, we need to take action.

In 2017 the world saw a dramatic increase in activism and advocacy for women with movements like The Women’s March, #MeToo, Time’s Up, and a surge of women running for office. Let’s make sure we keep the momentum going throughout 2018 by continuing to speak up, step up, start movements, and organize for change so that we can help women achieve parity in our lifetime.

May the words of these trailblazing women, curated from Marianne Schnall’s interviews over the years, serve as a call to action to do all we can to advocate for women and remain vigilant as together we press for women’s progress. 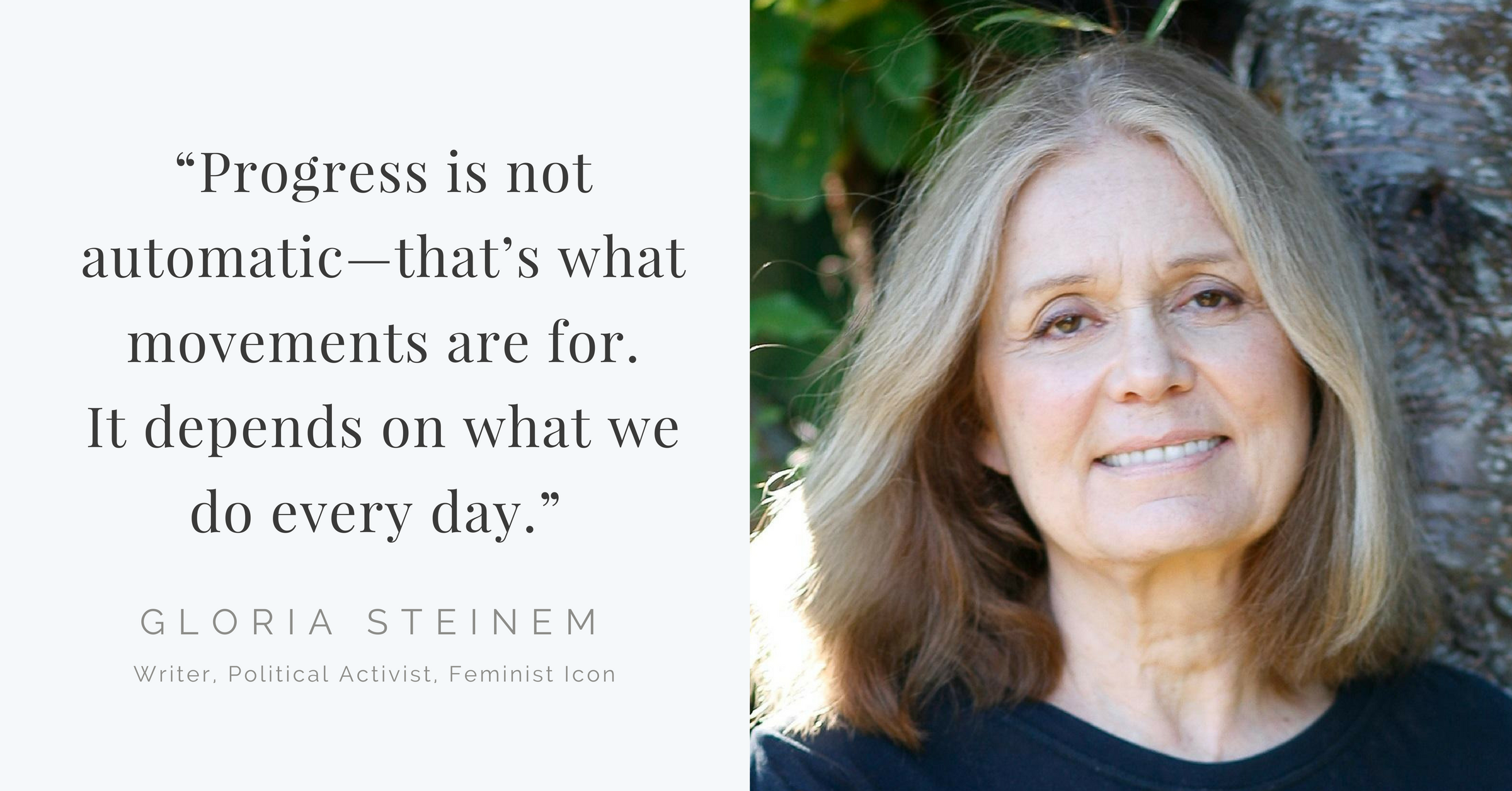 “It is all about women taking their power and asserting it. I think power is something you have to take and use. It’s just not given to you. The only thing you get is what you fight for and nothing more. I come out of an activist tradition and just believe that every day we have to push forward. Don’t be patient and don’t wait for someone to ask you and don’t think everyone’s going to like you, because if you’re not pissing someone off, you’re probably not doing your job! That’s how change happens, because people are bold and audacious.”

“I have been very pleased by the leadership and participation of younger generations of women, particularly the millennials, who are continuing what was started [last] January and are running for office at record levels, organizing their communities, and, as we have seen with #MeToo, are boldly speaking truth to power in order to fight for the change we so desperately need in this country. This is what the resistance is all about, and these signs help me continue to be hopeful during this very tumultuous and chaotic period in our country.”

“I’ve always felt the best way to make change is to work with the grassroots and to focus locally where you are in your own community. . . . There’s plenty to do everywhere. When people say they don’t know how to direct their energy, I want to say, ‘Walk outside.’ People are suffering everywhere—people looking for work and needing healthcare, people desperate to talk and tell their story. The world changes from the ground up.” 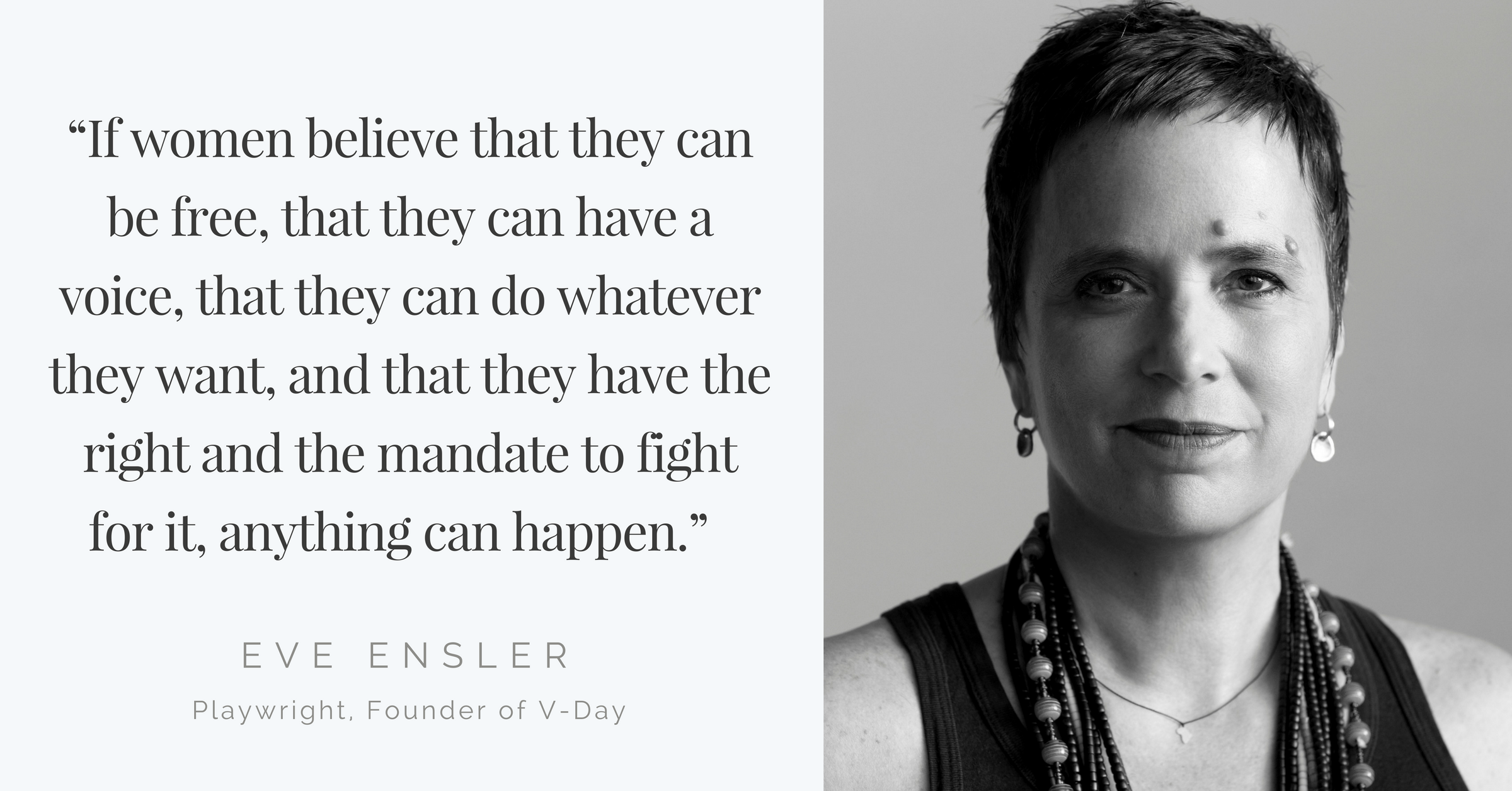 “One of the only silver linings of the Trump presidency is that more and more women are feeling emboldened to raise their voices and fight for the issues that matter most to them, from sexual harassment in the workplace to paid leave. We saw that with the Women’s March, and we saw it again on Election Day [in November], when women all over the country got off the sidelines, ran for office, and won.

My advice to women is this: Don’t wait for some white knight in Washington to ride up and save us. You will wait forever. It is the grassroots who will create the message, launch the campaigns, and win the elections that finally change our country for the better.”

— Kirsten Gillibrand —
New York Senator, Founder of Off the Sidelines

“If you don’t strive for a seat at the table, you can’t complain about what is decided there.” 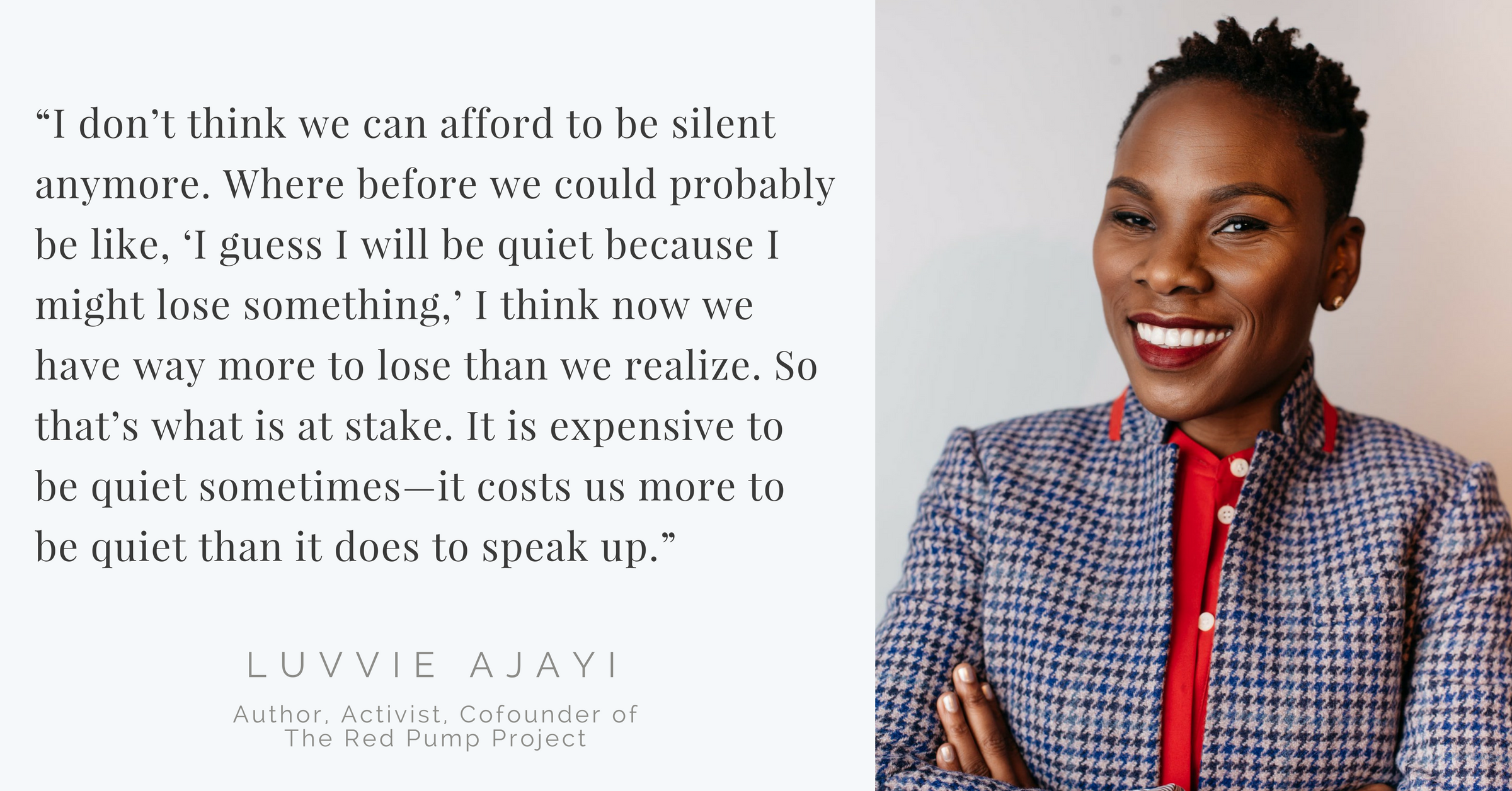 “So many people are afraid to speak out; they’re afraid to ruffle feathers. And we have to. We’re in this together; there’s no way around it. It’s not okay to just go on living our lives and pretend like everything is okay and that we don’t need background checks on automatic weapons and that it’s okay that women make 77 cents on the man’s dollar, African American women 63, Latina 57—that’s not okay. So we’ve really got to start holding people more accountable.

Every voice counts and that voice needs to be heard. And by not using your voice, you’re doing a disservice, not only to yourself, but to the community and the world at large. You have a responsibility to all of us. We need your help. I think girls and women are our heroes, and they need to start seeing themselves as our heroes and to come help us out of the mess that we’re in.”

“The message my parents taught me that has contributed most to my ability to create change in the world is this: if you want something and you’ve never had it before, you’re going to have to do something you’ve never done before in order to get it.” 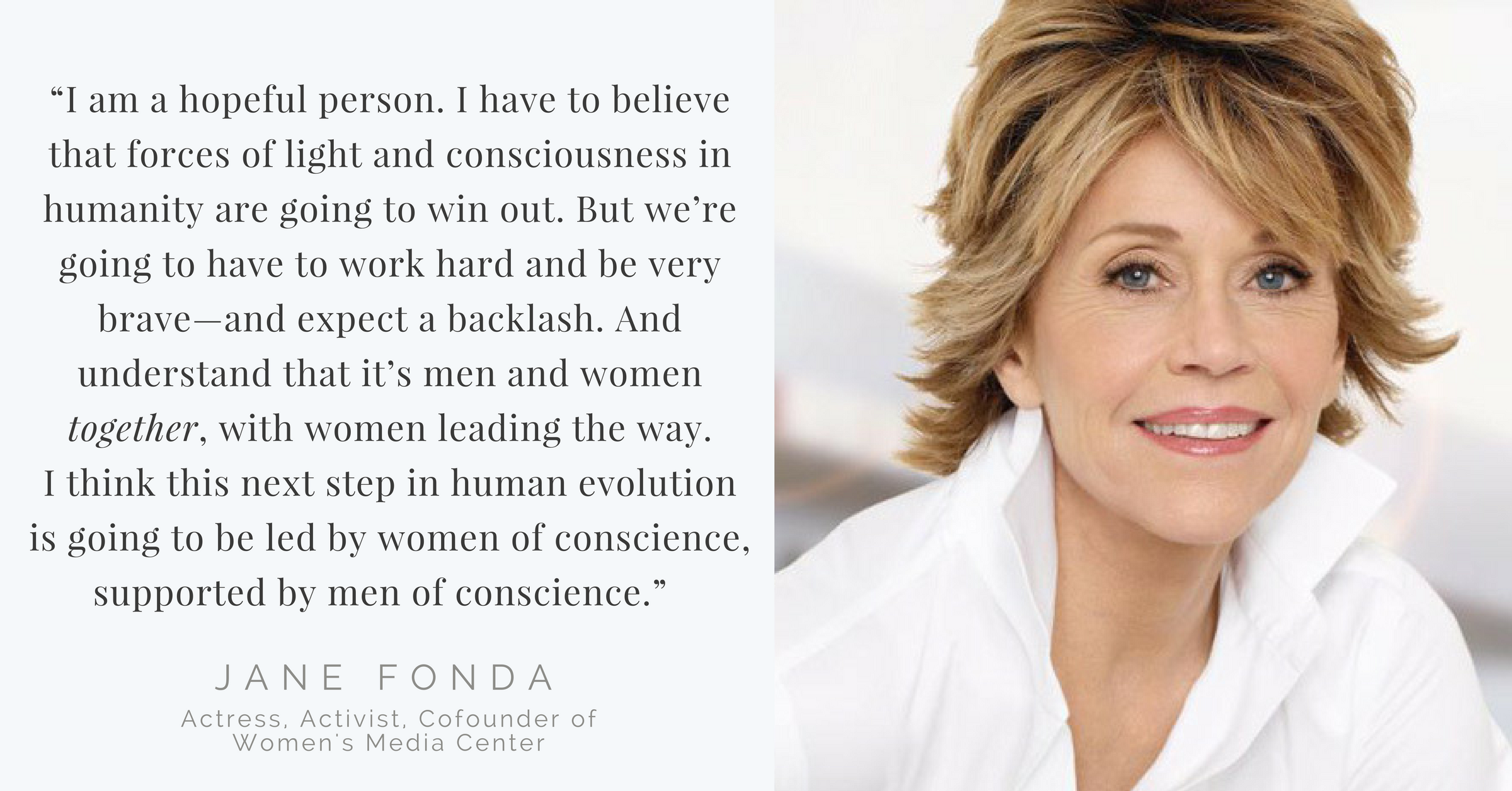 “I think measured celebration is in order, and continued vigilance. I do not want us to relax our vigilance…. The fact that we can point to one or two cases where, with enormous work and effort and organizing, people who are in the have-not category—women, people of color, et cetera—get a token or two in, does not mean that the battle is won.”

“I never said, ‘Ooh, I want to be an activist.’ I just found that the more I spoke the truth, the more activist I became. I am constantly amazed at how courageous and radical speaking the truth is. The most activist thing you can do is just speak the truth and search for the truth and just follow that trail, and it will come to you. Believe me, the universe will hand it to you.”