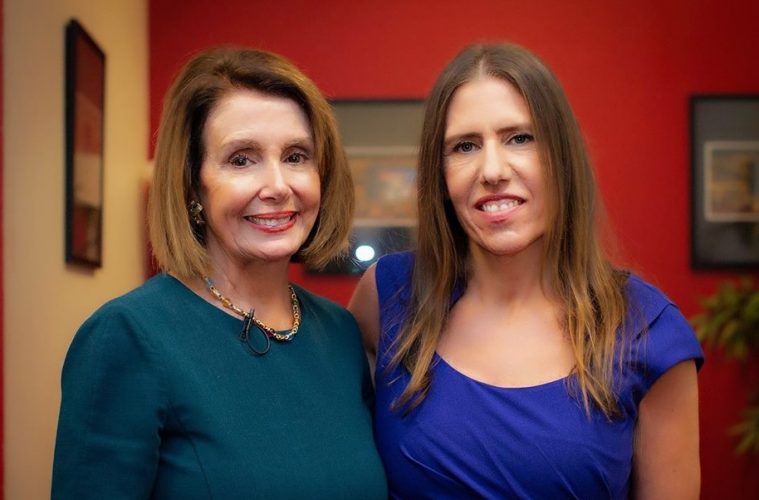 For over a decade, Nancy Pelosi has been highly regarded as a trailblazer and change maker in Washington. As former Speaker of the House of Representatives—the first woman in American history to reach that milestone—and now as the Democratic Leader of the House, she succeeded in breaking what she calls the “marble ceiling,” helping pave the way for more women to enter into the political arena. Getting more women in politics is something Pelosi has long been a strong advocate for since women, and especially women of color, are still so far from having equal political representation. After the midterm elections in which a record number of women ran for office, women currently make up only 23.5 percent of Congress, only 9 out of 50 governors are women, and the U.S. lags behind 75 other countries in terms of women’s political representation.

I had the honor of interviewing Leader Pelosi at What Will It Take’s Women’s Political Leadership event in New York, where I had the opportunity to ask her to share some of her personal insights about her experience as a prominent female leader in Washington, why she feels it’s so essential to have more women in politics, and what her call to action is for all women. Here are five important takeaways from my powerful conversation with Leader Pelosi.

When I asked Leader Pelosi to tell me about what it was like to make history as the first female speaker of the House and to be one of very few women elected officials in Washington, she told me this poignant story about her first meeting as Leader in the White House:

“When I went to my first meeting as Leader—I wasn’t Speaker yet, George W. Bush was president—but it was my first meeting in the leadership. I went in the room, and there they were: the president, the vice president, the democratic and republican leadership of the House and Senate…. When I went into the room, I thought, This is not like any other meeting I’ve ever been to in the White House. In fact, it’s not like any other meeting that any woman has ever been to in the White House. Because my power at that table was not derived from the president’s appointment, it was derived from the vote of my colleagues in the House of Representatives. So I had my own power at the table.

“And when I sat down at the table, I felt really squeezed in my chair and I couldn’t figure out what it was. And all of a sudden, I realized that in that chair was Susan B. Anthony, Elizabeth Cady Stanton, Lucretia Mott, Sojourner Truth, Alice Paul—everybody you could think of, they were all sitting right there on that one chair with me. And then I could hear them say, ‘At last we have a seat at the table.’ And my first thought was, We want more.”

Why is it so important to have more women in politics? Pelosi told me she thinks it’s largely about diversity and having a democracy that reflects us all:

“It’s not that we’re saying that women are better than men. The beauty is in the mix. You have to have diversity of opinion at the table, whether it’s men and women, people of color, young people, LGBTQ, you have to have diversity at the table—it’s absolutely essential. It’s what our founders had in mind. When they said, ‘E pluribus unum: from many, one,’ they couldn’t possibly imagine how many we would be or how different we would be from each other, but they knew we had to strive for unity, and for that unity we have to all be at the table.”

She also added that she feels women do bring certain qualities to the table that are needed in Washington:

“I think women bring a special skill for consensus building, intuitive thinking. And one other thing: women listen… and they listen to everyone. I’m not saying some men don’t, I’m just saying my experience is that we’re all better off if we all have a voice at the table, hearing each other.” 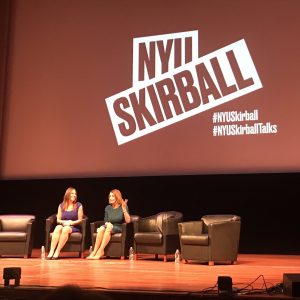 3. Create pathways of change and ‘be yourself.’

When I asked Leader Pelosi how we could get more women into politics, she was confident that these two changes to political campaigns would absolutely make a difference in getting more women to run for office:

“I do believe that if we reduce the role of money in politics and increase the level of civility in our political discussion, we will have more women in politics—younger people, more minorities, more people of color, but especially more women.”

She also emphasized that if women truly believe in themselves and in what they have to offer, they’ll be more likely to enter the political arena or pursue other leadership positions:

“Women just have to have the confidence, taking inventory of what they have accomplished, whether it’s being a mom, being a teacher, being a small business woman, being in the military—whatever it happens to be, whatever combination of experiences, place a gold star on all of it. Be proud of it and be your authentic self. The best advice I ever got running for office was ‘Be yourself.’ Authenticity is everything. Think of what you have to offer and how unique that is.”

With all of the varied and daunting problems this country is facing, it can often feel as though it’s impossible for any one person to make a difference, especially when the climate in Washington appears to be so divided and dysfunctional. Pelosi’s solution for anyone feeling this way is simple: organize.

“Don’t agonize—organize. Just get out there and make the difference. You cannot get down on what’s happening. You can’t just moan and groan. That’s just a victory for the other side.”

When I asked her what she would say to women considering running for office, she offered this powerful message:

“America needs you. Women, know your power, go for it, be yourself, don’t be afraid, be confident, and be ready. The world is waiting for you.”

Throughout our interview, Pelosi underscored how crucial and beneficial it is to have more women leaders in politics and beyond:

“There is nothing more wholesome for America, for our politics, for our government, for any walk of life than the increased participation of women in government and in politics. When women succeed, America succeeds. We know this to be an absolute fact in our country.”

With midterm elections coming up, she told me she has been heartened to see that women have been organizing, becoming more politically engaged and running for office since the presidential election. She offered this hopeful prediction about the future of women in politics:

“We’re at a threshold, tipping point, you call it whatever you want to call it, but it’s different. It’s a transformative place because these women marched, now they’re running, they’re going to win, and they’re going to make a tremendous difference.”

This article originally appeared at ForbesWomen.