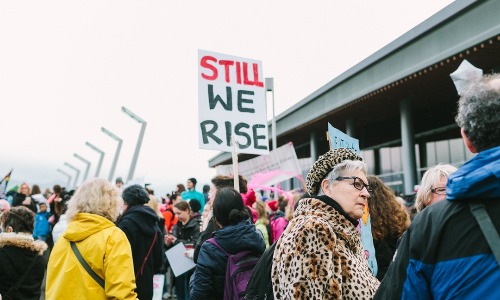 Women and Politics Articles about what women in the political realm are achieving, how we can get more women in office, and the organizations that are helping women everywhere push for parity in politics. 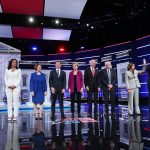 How women candidates are making girls feel better about politics
By David Campbell and Christina Wolbrecht (The Washington Post)
In 2018, the more women candidates running in a community, the more girls felt that the political system was responsive. 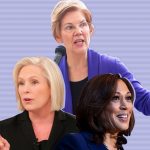 The Sublime, Sudden New Normal of Watching Women Run for President
By Mattie Kahn (Glamour)
In just under three weeks, the idea that a woman would enter the presidential race has become…routine. Better two centuries late than never. 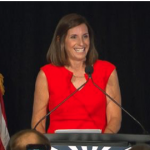 Why Martha McSally’s appointment is a game changer
By Marianne Schnall (CNN.com)
Arizona now has two women senators, presenting a rare and significant opportunity to further advance women’s political leadership in the state of Arizona and across the nation. 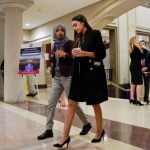 US enters new phase as women change the face of Congress
By Lauren Gambino (The Guardian)
A record 102 women will be sworn into the House on Thursday, 35 of whom were elected for the first time in November in a historic wave of success for female candidates. 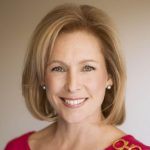 ‘Make Your Voice Heard’: How Sen. Kirsten Gillibrand Is Inspiring A New Generation Of Changemakers
By Marianne Schnall (Women@Forbes)
An in-depth interview with Senator Kirsten Gillibrand about her new children’s book Bold & Brave, the arc of women’s political progress, and what she wants all girls and women to know. 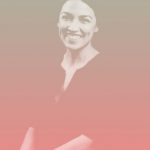 The Women Of Color Who Made History This Midterm Election
By Andrea Gonzalez-Ramirez (Refinery 29)
You hear that? It’s the sound of glass-ceilings shattering all across the nation. A record-breaking number of women ran on the 2018 midterm election. 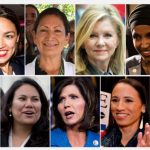 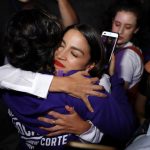 A List Of Firsts For Women In This Year’s Midterm Elections
By Danielle Kurtzleben (NPR.org)
The record-breaking wave of female candidates in 2018 comes with a list of firsts among those women. Here’s a list of some of those firsts. 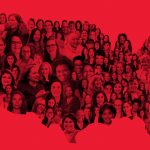 Why It Matters When Women Lead in Politics and Why You Should Vote
By Pat Mitchell (PatMitchellMedia.com)
“When women lead from our unique values, we can transform the way that power is perceived, created and exercised.” 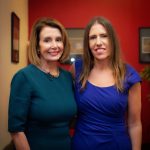 ‘Don’t Agonize, Organize’: Why Nancy Pelosi Wants More Women In Washington
By Marianne Schnall (Women@Forbes)
Nancy Pelosi shares some of her personal insights about her experience as a prominent female leader in Washington, why she feels it’s so essential to have more women in politics, and what her call to action is for all women. 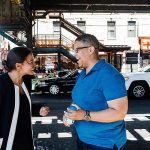 There are 256 women nominated for the House and Senate in 2018 after historic wins
By Eric Pfeiffer (Good)
With this year’s primary elections completed, women have officially won 256 primaries across the nation — meaning they will be on the ballot in 234 U.S. House races and 22 U.S. Senate races.

Democracy in Color: She the People. Women of Color Lead. 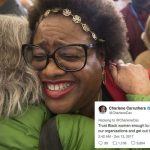 By Pat Mitchell (PatMitchellMedia.com)
How a new database Black Women in Politics and a new initiative She the People are helping to elevate the voices of women of color in politics. “It’s time for white women leaders to support, elevate, celebrate and get behind the many women of color stepping forward into leadership,” says Mitchell.

For Female Candidates, Harassment and Threats Come Every Day
By Maggie Astor (The New York Times)
The abuse already common in many women’s everyday lives can be amplified in political campaigns, especially if the candidate is also a member of a minority group.

Here’s How Many Women Have Won or Lost Elections in 2018
By Sarah Frostenson (Politico.com)
POLITICO is tracking how women’s political representation is changing — or isn’t changing — in the 2018 midterm elections. 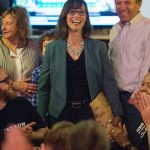 Women Break Records for Political Giving Before Midterm Elections
By Fredreka Schouten (USA Today)
The number of women donating to political campaigns is climbing to new heights ahead of this year’s midterm elections as women swarm to politics and run in record numbers for Congress and other elected posts around the country. 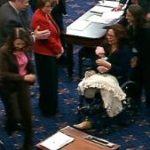 Sen. Duckworth makes history, casts vote with baby on Senate floor
By Saba Hamedy and Daniella Diaz (CNN)
Senator Tammy Duckworth (D-IL) made history as she became the first senator to cast a vote on the Senate floor with her newborn by her side. 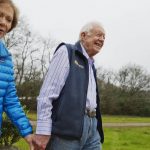 A Peaceful World Requires More Women Politicians, Says Former US President
By Reuters (VOA News)
Discrimination against women and girls is a more pressing global challenge than disparities in income between the rich and the poor, says former U.S. president Jimmy Carter. 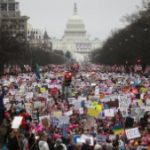 A seismic shift in government is coming, and here’s who will drive it
By Swanee Hunt and Andrea Dew Steele (CNN)
A look at the statistics about advocacy group activity that signal a massive growth in the presence of women in politics in 2018 and beyond. 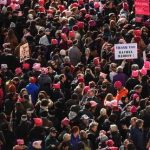 A Year Ago, They Marched. Now a Record Number of Women Are Running for Office
By Charlotte Alter (TIME)
An unprecedented surge of female candidates are running for office, from the U.S. Senate and state legislatures to local school boards. 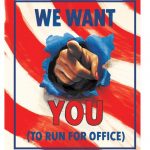 We Want You: Why Women Should Run for Office
By Kirsten Gillibrand (Marie Claire)
“If half of all city council members, mayors, and governors were women, would we still be fighting for access to affordable maternity care and contraception?” 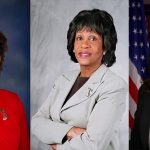 These Women Made a Database of Black Women Running for Office in 2018
By Sarah Burke (Vice)
The list of over 100 candidates, spearheaded by writer Luvvie Ajayi, bodes well for those hoping to see more black women in office in the near future. 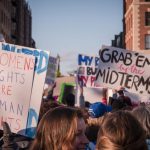 A Night of Firsts: Women Won Big and Made History in November’s Elections
by Lynn Rosado (Ms Magazine)
On the eve of the one-year anniversary of the 2016 elections, voters across the country delivered historic wins for women candidates.