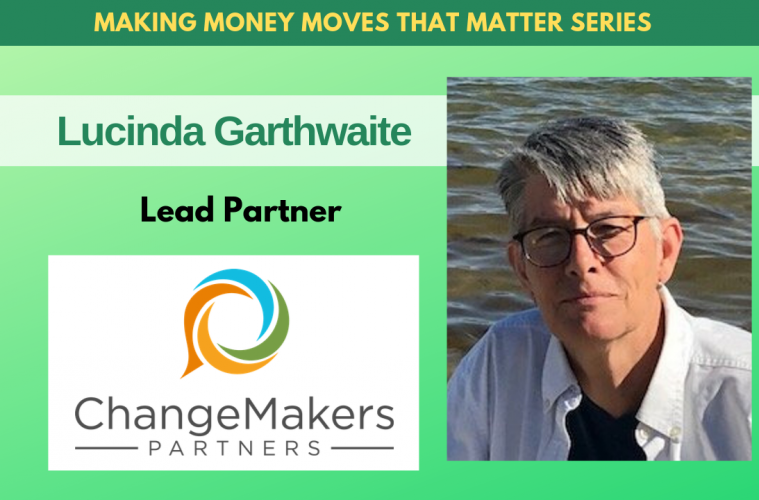 Understanding Leverage Points for Financial Systems Change at Women & Money We are not looking only to change the nature of investing and philanthropy; we want to change an entire global economic system that benefits some and leaves out far too many

Contemporary systems change theory derives from nature; the theorist most often credited as laying the foundation for modern organizational systems theory, Ludwig von Bertalanffy, was a biologist. Bertalanffy pointed to the Beech forest, literally and metaphorically, because it is actually one living entity connected by its roots, although on the surface it looks like a group of separate individuals. Take out one tree or cut through a root, and the whole forest will reorganize itself around that change.

As systems theory has evolved, we have understood human systems as self-organizing, like a forest, or as chaotic patterns of human communication, as reinforcing and balancing loops of behavior, and as emerging fields of social activity or collective consciousness. Regardless of the particular characterization of a human system, there is a common thread: change the part, and the whole will shift.

As a systems change practitioner, I find my footing in living systems theory and the concept of leverage points, most often attributed to Donella Meadows. Most of us are familiar with the physical concept of leverage. Try pushing hard on large rock until your feet slide out from underneath you; the rock won’t budge. But locate a strong iron rod, notice the slope of the ground, place the end of the rod just so and lean hard on it… That rock will move right where you want it to go. I seek leverage points in specific relationships between people, and between people and the artifacts they create (for example, policies, practices, and documents). Intentionally influencing these relationships can shift the system in powerful ways.

As I headed to Austin for “Women and Money: Making Money Moves that Matter,” I wasn’t sure how this perspective would fit into the conversation. Very soon into the first afternoon, though, I realized I was with my tribe because everyone was talking about systems change.

We were, during those two days together, simultaneously considering two very big rocks: the complex system of what it means to move money, and the much larger, even more complex system of multiple societal oppressions that convener Tuti Scott, referencing the work of CV Harquail, named as the Kyriarchy, a term coined by feminist theologian Elisabeth Schüssler Fiorenza. Over the course of our two days, the group became increasingly clear on the direction of change we are collectively seeking. We are not looking only to change the nature of investing and philanthropy; we want to change an entire global economic system that benefits some and leaves out far too many.

Women & Money speakers cited the relative and historically diminished wealth of people of color and women and made strong connections between these realities and disproportionate access to basic human needs like healthcare, food, and water security. If there was one core message of this gathering, it might have been this: Our financial system, and intentionally moving money of all kinds within it, is itself a leverage point that should claim our individual and collective attention if we want to affect large-scale systems change.

In service of this intention, speakers focused on sharing their knowledge and ideas for specific leverage points inside U.S. and global financial systems. A few examples include creating intentional networks of women investors, shaping investment portfolios and corporate policy, creating a process for small contributions to amount to larger investments, and supporting young financial professional women of color to take on increasing agency.

I was particularly struck by a breakout conversation led by Susan Witt, Executive Director of the Schumacher Center for a New Economics, and Gwendolyn Van Sant, Co-Founder and CEO of BRIDGE, and the Equity & Inclusion Team Lead at Changemaker Strategies. The discussion focused on community land trusts as a core feature of a new economy. Community land trusts are nonprofits that own land in their trust for perpetuity. People lease the land and may improve it with buildings and agriculture with approval of the Trust. Those improvements may be sold, but never the land.

As a tool for social impact philanthropy, the community land trust offers powerful leverage for systems change: it can create a place to work and live for people who have been marginalized historically, like people of color, women, indigenous, and GLBTQ people. With a donor stipulation that land in trust be used by First Nation or people of color, this is a powerful form of reparation. Community land trusts also offer a way to get ahead of land and water rights investments in reaction to climate change that would have a negative social and environmental impact. Community land trusts can be developed anywhere: urban, suburban, or rural. They can even reverse the effects of gentrification, re-creating space for low-income communities.

This is a “money move” that matters very much, and donor advisors and philanthropists in the room took note. When they act on what they learned there, they will be engaging in systems practice: The leverage point is the genuine relationship of a donor advisor and someone with land to donate, and their relationship to an artifact: a legal construction called a community land trust. The lever is the donation of the land.

Over the course of the Women & Money gathering, participants explored many more leverage points for financial systems change, and more no doubt will emerge. The extent to which this nascent movement can sharpen its systems practice acuity will, I believe, be one of the factors that determines its success.

When we get good at systems practice, we can move a whole lot of rocks.

Lucinda Garthwaite, EdD, is Lead Partner at ChangeMakers Partners, a social innovation incubator and consultancy devoted to increasing social equity through initiatives designed for large-scale systems change. She is an accomplished strategist and systems change practitioner. As a leader, writer, advocate, trainer and consultant, her focus is on liberatory social and organizational change. She has been associated with Goddard College for over twenty years, serving on the faculty, as Academic Dean, Chief Strategy Officer, and Vice Chair of the Board of Trustees. She was a Fellow of the Fielding Institute for Social Innovation from 2015 – 2017, and holds a Doctorate in Leadership for Change from Fielding Graduate University,  a Masters in Education from the University of New Hampshire, and an MFA in Creative writing from Goddard College.

BACK TO MAKING MONEY MOVES THAT MATTER SERIES