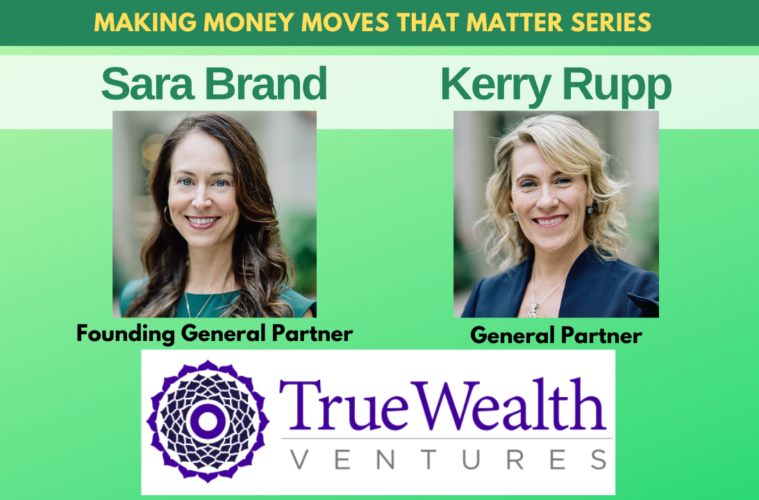 Sexual Discrimination, The State Of Venture Capital, And How To Fix It

This article was originally published at Forbes.com

In this Part I of a two-part series, we list two fundamental problems with the current Venture Capital industry, why it’s in our economy’s best interest to solve them, and what a great investment opportunity it creates. We propose what we believe will start to change the industry dynamic, and then in Part II, we will outline the foundation of how to change this imploding system.

The sexual harassment scandals that keep sweeping through Silicon Valley (and countless other industries) continue to expose the culture women entrepreneurs have lived in for quite some time. Binary Capital’s partner team rapidly dissolving after allegations against Justin Caldbeck came out and Dave McClure being ousted from 500 Startups due to multiple accounts of “inappropriate behavior” are just some of the disturbing accounts. And although proposing a bill to address sexual harassment in venture capital or trying to eliminate the unconscious bias of the fund managers might help raise some awareness, it’s not likely to solve the problem anytime in this century.

While these scandals expose the harmful reality of venture capital’s male-dominated culture on women entrepreneurs, they have helped highlight an equally important issue: the extreme lack of gender diversity in all aspects of venture capital. The current culture in the VC industry results in 2.19% of total venture dollars globally going to female-founded startups in 2016.

You might wonder if this number is so low because there are more male-led companies than female-led. Or, maybe the ideas women are presenting aren’t viable investments and therefore not backed by the majority of venture capital firms. However, women start companies at a rate of x2 that of men and increased women’s leadership [on a team] has shown financial outperformance from publically traded companies down to venture capital backed startups. Women excel in important leadership areas like cooperation, communication, taking initiative and driving for results. According to research by McKinsey, these leadership qualities translate into significant financial results for more women-led companies including 41% higher return on equity and 56% better operating results. In venture capital, women-led companies require less capital while delivering higher returns. The results speak for themselves. Women-led companies represent an incredible opportunity and a huge economic blind spot.

Yet, women are estimated to represent only 1% of investment decision making general partners (GPs) in venture capital today. As Dick Costolo said, “Why aren’t people funding women-only GPs?” There are hundreds of all-men funds getting funded. Why can’t there be more all-women funds addressing this blind spot in the market? The reality today is that an estimated 99% of “true VCs” who are making all of the investment decisions are men.

One might think that the financial outperformance logic alone would cause male-dominated VC funds to hire and promote more women to investment-making partnership positions, but history has shown that the gender gap in VC has not changed. In fact, it has gotten worse dropping from 10% of women fund partners back in 1999 to the low single digits today, which highlights that VC funds are not taking advantage of the clear financial rewards from more gender diverse teams and investments.

It will take too long to grow the number of women-led funds within the current ecosystem. With only 1% of “true VCs” being women, it will take decades before there is a substantial number of women-run funds considering the amount of time establishing an investment history and success record takes.

So, what do we believe will start to change this dynamic within this next decade? Answer: Women investing in women-run funds. Getting more women involved in early-stage investing is imperative to our innovation economy because women will control the majority of U.S. investable assets by 2030. If they do not invest in early-stage innovation over the next decade, it will be a competitive issue for the entire U.S. economy. This is why we need to bring new Limited Partners (LPs) to the table, especially more women LPs. LPs are the investors behind the VC funds. With men estimated to be 99% of investment decision makers in the VC funds, the LPs behind these funds have had similar gender profiles.

In our own fund, True Wealth Ventures, we’re seeing a significant amount of new women LPs investing in our venture fund: 80% are women — being the woman from a couple, family office, or foundation who drove the investment decision. This is unprecedented from typical LP gender ratios, and we have seen the number of women investors increasing quickly as the women persistently reach out to their networks. We now believe that having more women invest in VC funds as LPs will pave the way for bringing more women GPs to the investment decision making venture capital table. Through having more women use their investment power to invest in the types of fund managers, leadership teams, financial returns companies they want to see more of in the world, we believe, it will drive the initial impetus to change the gender-gap in venture capital.

However, it doesn’t stop here, and this is the part that we don’t hear much about in the press. Lasting change needs to start at the top with the largest of the institutional investors. In Part II of our series, we’ll go into who the big institutional investors are, their policies and barriers, and our suggestions for how they can push this financial and innovation opportunity over the tipping point.

Sara T. Brand is the Founding General Partner of True Wealth Ventures, an early-stage VC fund investing in women-led businesses in consumer health and sustainability sectors. She is also the co- founder of (512) Brewing, the largest draught-only, self-distributing microbrewery in the country. Sara was previously in venture capital and management consulting in the Bay Area, as well as in a variety of strategic and operational roles in large tech companies. Sara holds a PhD and MS in green design and manufacturing from UC Berkeley and a BS in mechanical engineering from UT Austin.

Kerry Rupp is General Partner at True Wealth Ventures, an early-stage VC fund investing in women-led businesses in consumer health & sustainability. She teaches for the NSF I-Corps program, mentors startups, and consults on innovation and strategy. Kerry was previously CEO at DreamIt, a Top Ten US startup accelerator and VC fund. She founded Holiday Golightly, a group travel service for women. Kerry holds an MBA from HBS and a BA from Duke.

Back to Making Money Moves that Matter Series