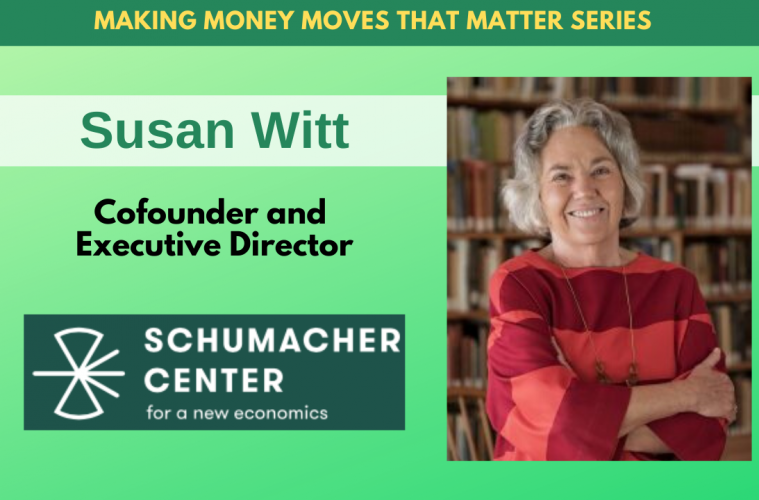 Experiments in Regional Currencies in the Berkshires

This piece has been edited for length and excerpted from the original article,“Democratizing Monetary Issue: Vision and Implementation in the Berkshire Region of the U.S.” by Susan Witt at The Schumacher Center for New Economics. We excerpt it here with permission by the author.

The economist E. F. Schumacher argued in Small Is Beautiful: Economics As If People Mattered that from a truly economic point of view the most rational way to produce is “from local resources, for local needs.” Jane Jacobs, author of Cities and the Wealth of Nations, emphasizes Schumacher’s point through her analysis of a healthy region as one creating “import-replacing” industries on a continuing basis; however, she argued that a well-developed regional economy which produces for its own needs is possible only when control of its resources and finances lies within the region itself.

The ownership of land, natural resources, and industry is increasingly controlled by market forces at the whim of the highest bidder. Likewise, big banks hold a controlling hand in the determination of conditions for receiving credit as well as in currency issue. Most regions face the troubling reality that their economic resources are subject to forces outside the area. The banking system is one of the most centralized institutions of our economy and is one of the major obstacles to strengthening regional economies and the communities within them.

The local and decentralized banking systems of 150 years ago had the advantage of diversity. The failure of a local bank—even a New York bank—was still a local failure, and its costs were internalized. But today we are facing the failure of an entire system. Consider the trillions of federal dollars issued to bail out banks and the auto industry during the 2008 financial collapse. And also consider the billions of tax dollars spent by the Federal Deposit Insurance Corporation (FDIC) to bail out the Savings and Loan industry two decades earlier. In the 1980s billions of dollars were added to the U.S. national debt in order to again bail out the banking system when developing countries defaulted on their loans. These systemic failures are bound to occur if local economic control of banking customs and money supply is compromised by centralization and sacrificed to serve the heedless demands of growth.

This predicament calls for a reorganization of economic institutions so that they will be responsive to local and regional needs and conditions. These new institutions would decentralize the control of land, natural resources, industry, and financing to serve the people living in a region in an equitable way. We need to create an infrastructure that encourages local production for local needs. Community land trusts, worker-owned and worker-managed businesses, non-profit local banks, and regional currencies are some of the tools for building strong regional economies. The southern Berkshire town of Great Barrington, Massachusetts, home of the Schumacher Center, has—not surprisingly—been a leader in the development of its own currency.

How the Berkshires Came to Issue Its Own Currency

In 1981 a discussion group on regional economies led to the incorporation of a nonprofit organization called SHARE (Self-Help Association for a Regional Economy), with open membership and a board elected from its members. This was the first step in organizing the Berkshire community to issue its own currency. In February of 2006 the Schumacher Center for a New Economics received a grant to implement its vision of a democratized, citizen-issued currency. Staff incorporated BerkShares, Inc. as a non-profit Massachusetts corporation.

The first step was to invite small business owners, bankers, lawyers, technical and financial experts, farmers, editors, leaders in non-profit agencies, educators, and other members of the general public to form the first board of directors. Membership in BerkShares, Inc. was open to all residents of the Berkshire region for an annual membership fee of 25 BerkShares to keep it affordable. The BerkShares design committee settled on five denominations—1s, 5s, 10s, 20s, and 50s, with more 1s than 5s, more 5s than 10s, etc. The committee members selected five historical Berkshire figures to feature on the notes: a Stockbridge Mohegan Indian, representing the Berkshires’ native population, on the 1 BerkShare note; W. E. B. DuBois, founder of the N.A.A.C.P. and author of The Souls of Black Folks, a seminal work in African-American literature, on the 5; Robyn Van En, who founded the first Community Supported Agriculture (CSA) farm in the U.S. here in the Berkshires, on the 10; Herman Melville, author of the American classic Moby Dick and an early environmentalist, on the 20; and Norman Rockwell, beloved illustrator of small-town America, on the 50.

The words “Community, Ecology, Economy, Sustainability” appear on all five notes, signifying BerkShares, Inc.’s commitment to these four principles. BerkShares, Inc. developed a website, printed promotional material, and signed up businesses to accept the currency. Most importantly the non-profit partnered with three local banks to open nine conveniently located branches as points of exchange for the currency. Ninety-five federal dollars could be traded for one hundred BerkShares from a supply of the notes distributed to each bank. The federal dollars would be held on deposit as a reserve for redemption. BerkShares would then circulate in the local economy at one for one with the dollar. Businesses that accumulated more BerkShares than they are able to recirculate would return them to any of the nine bank branches and exchange 100 BerkShares for $95. This arrangement would provide a 5 percent discount to customers while the businesses avoid credit-card fees or the costs of billing. As with other cash purchases, payments in BerkShares take place at the point of sale. The Southern Berkshire Chamber of Commerce organized a sold-out launch party in September of 2006. It was the beginning of a decade and a half of trade in the currency and the beginning of a robust stream of media inquiry and coverage.

The general populace understands BerkShares as a tool for promoting local businesses. While that is certainly an important function of the currency, the vision of the organization’s founders was ultimately to build a structure for issuing “new” or unbacked money for productive loans in order to create jobs focused on import-replacement. The purpose was to return the power of money creation to a local, democratically structured entity that understands the region’s capacity for new manufacturing and empowers citizens to shape their region’s economic future—in other words, a democratization of monetary issue. The obstacle to advancing to this next stage of the local currency program has been a lack of sound business proposals in which to invest community-created capital. Globalization has taken away almost all of the manufacturing firms from this once productive area of western Massachusetts, leaving a tourist/arts /food/ education/healthcare/service economy. How can we as citizens re-invigorate manufacturing, producing in the region more of the goods consumed locally?

To answer this question we took a page from the Mondragon bank—the Caja Laboral. While the city of Mondragon in the Basque region of Spain is famed internationally for its sophisticated structure for worker-owned and worker-managed cooperatives, the role of the bank is no less visionary. The bank learned that if it wanted new worker-owned businesses in which to invest the capital amassed by the cooperatives in the system, it would have to research and develop those businesses.

In response, BerkShares, Inc. launched an E2E (Entry to Entrepreneurship) Program to crowd-source business plans with an import-replacement lens. In its fifth year, E2E is building an open library of new business ideas appropriate to the resource base and labor skills of the region.

BerkShares participating community banks are prepared to make loans, using newly issued currency to businesses recommended by BerkShares, Inc. But how much volume of “new” money in circulation is necessary before moving to a floating exchange rate with the dollar? How can BerkShares Inc. determine the strength of the Berkshire economy against the national economy? What is the measuring stick for the comparison? Gold, a basket of local commodities, kilowatt hours? These are questions still ahead as this multi-decade initiative continues in its implementation of a citizen-issued currency.

Susan Witt is the Executive Director of the Schumacher Center for a New Economics, which she co-founded with Robert Swann in 1980. She has led the development of the Schumacher Center’s highly regarded publications, library, seminars, and other educational programs, which established the Center as a pioneering voice for an economics shaped by social and ecological principles. She is deeply engaged with the history and theory of a new economics and its implications for the transformation of our relationship to land, labor, and capital.

Read more from Susan Witt: Proposal for a Black Commons Freeing the Land as well as a People

BACK TO MAKING MONEY MOVES THAT MATTER SERIES