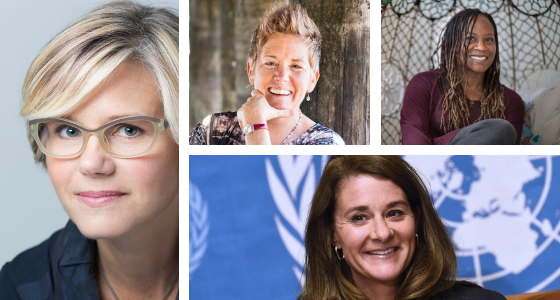 See what activists, philanthropists and investors are saying about women and money

“We all know money is power. And women won’t be equal with men until we are financially equal with men. Getting more money into the hands of women is good for women, but it’s also good for their families, for the economy, and for society.” 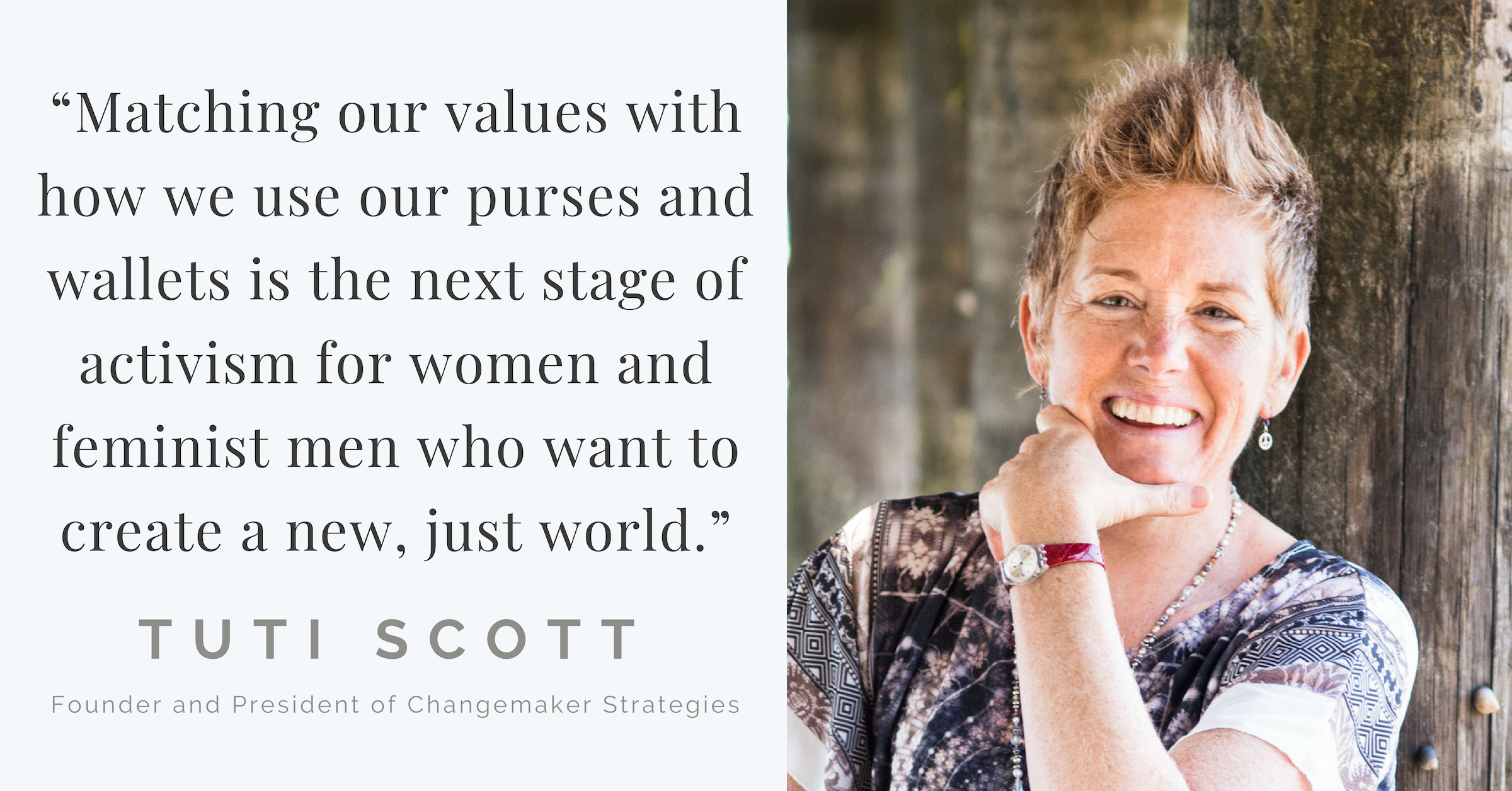 “Women are absolutely more active now. They are demanding equality, pure and simple. They see more and more every day the ways in which they don’t have it. Women have the resources to pay for change, to do their own research, to tell their own stories.”*

“2018 is the year of gender lens investing. It’s the year of so many things around gender equality: women’s economic advancement, looking at women as powerhouse markets, women coming to the floor as investors, using their voice.” 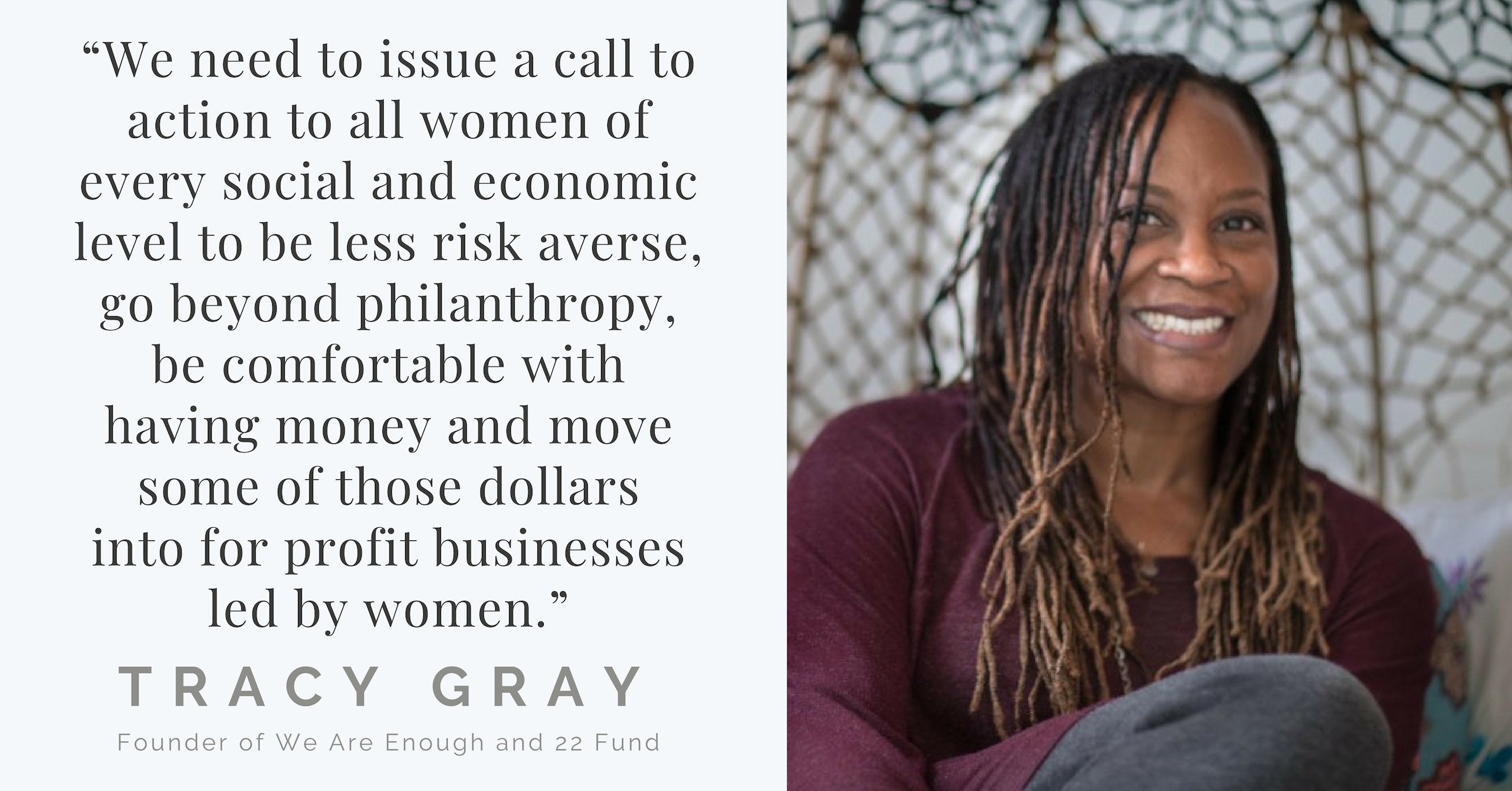 “On the economic side, if we are going to out-innovate, out-compete, and out-educate other countries, our competitors, we are only going to succeed if women are leading the way. And that’s largely because women are now graduating with more than 50 percent of advanced degrees, more than 50 percent of college degrees, and women-owned and minority-owned businesses are the fastest growing sector within small businesses. With women’s participation in the economy, in economic and political decision-making, we would have a better result.”*

—Kirsten Gillibrand—
New York Senator, founder of Off the Sidelines

“Investments with a gender lens are not small or soft or pink. These are mainstream quantitative approaches to analyzing future risk and opportunity.”

“We’re in a very critical moment in our nation’s history where women feel a lot more energized, responsible and motivated to share their stories about the role of philanthropy in activism, which has traditionally been hard to talk about. Women are finding and owning their voices.”* 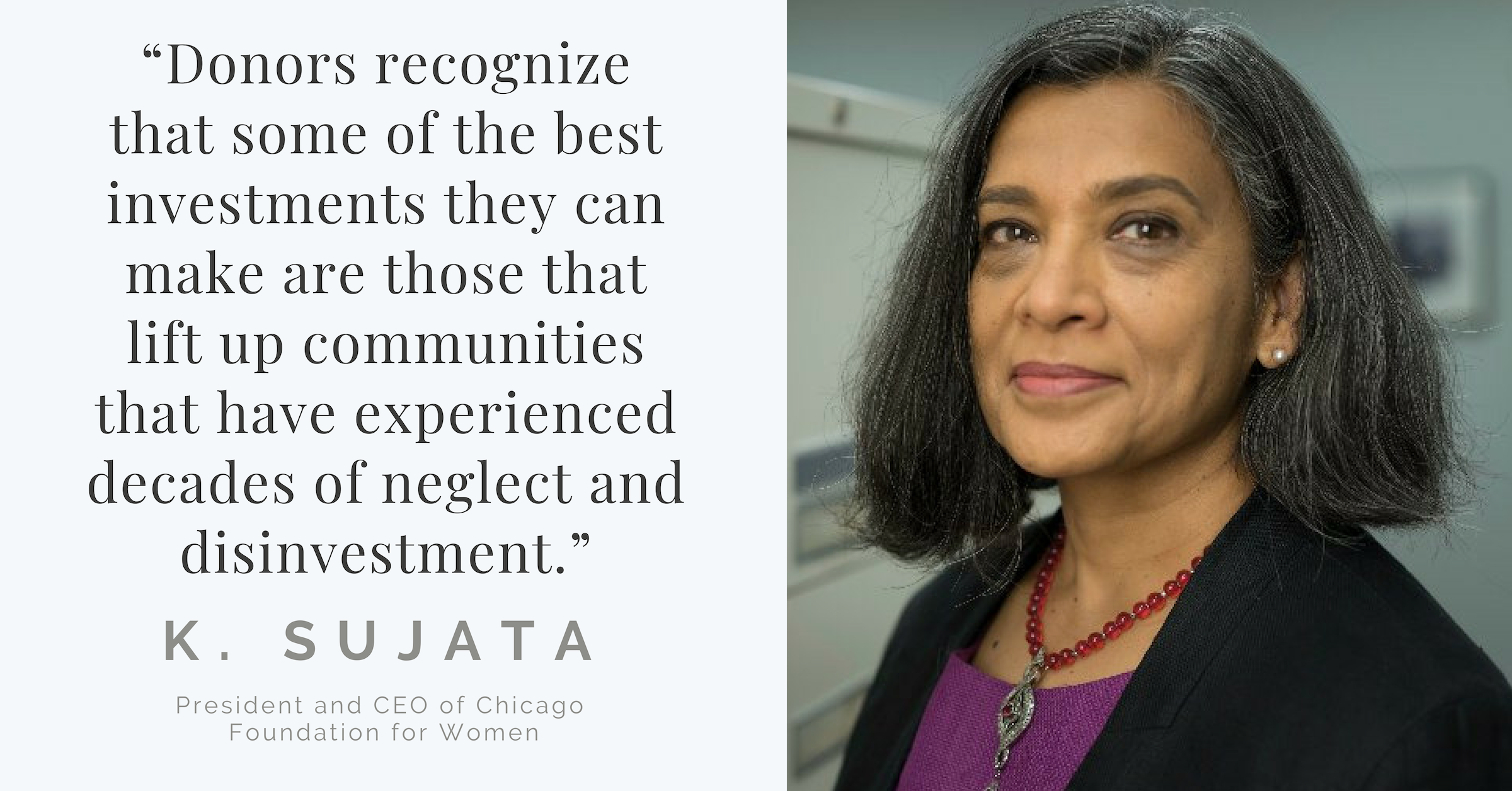 “We are slowly seeing a shift in the common narrative that profiles communities of color as being the recipients of charity, to one that celebrates women of color as powerful philanthropists, driving significant resources and social change across our region.”*

—K. Sujata—
President and CEO of Chicago Foundation for Women

“This new wave of donor activists isn’t one-dimensional and that’s what’s so exciting. They are Millennials, they’re Gen Y, they’re Gen Z, they’re stay-at-home moms and work-outside-the-home moms, they’re single, they’re married, they work in tech, in finance, in media—you name it. It’s every woman, and she’s paying to shift the policies and systems that prevent women and girls from advancing.”* 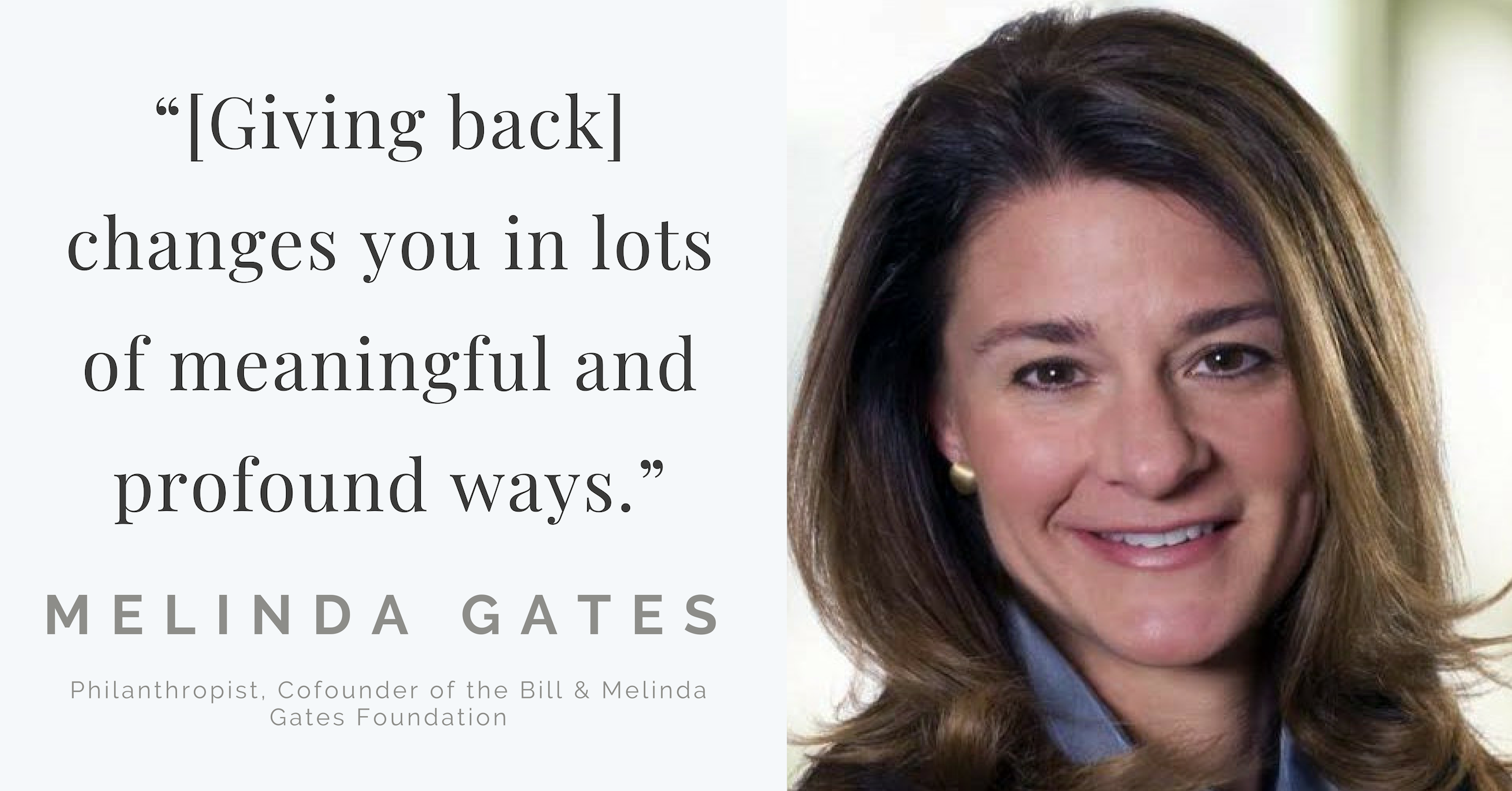 “If [people] choose to get involved, they will be blown away by how joyful it actually is and how much fun it really is. And if they put their brains and their energy and their money behind something, they really can contribute to changing the world.”*

“Giving is a universal opportunity. Regardless of your age, profession, religion, income bracket, and background, you have the capacity to create change.”

* These quotes are condensed from interviews by What Will It Take founder Marianne Schnall; the originals appeared in her articles and/or her book What Will It Take to Make a Woman President? Conversations About Women, Leadership and Power.