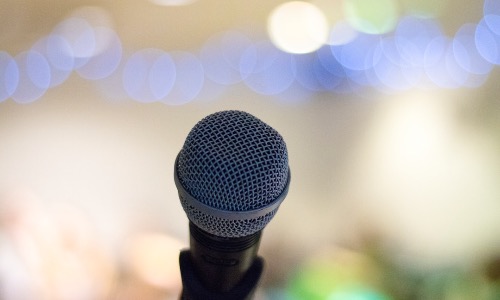 Women, Here Are 10 Important Ways to Use Your Voice Advice from influential women on how to trust your true voice and make that voice heard

The following quotes are excerpts from interviews by WWIT founder Marianne Schnall.

1. Know that what you have to say is of value

“What I’ve learned over my years in leadership is, first, to trust that what I feel, know, and see is of value. And second, to learn to speak it in such a way that it’s listened to and acted on. One of the problems with traditional leadership training programs is that they don’t take into account this deep obstacle that many women have: this pervading, yet unconscious feeling within, bolstered by society, that what you have to say really isn’t of value. If family and society tell you it’s unfeminine to be aggressive, to speak up, to have strong opinions, to take up space, then women won’t trust their own voice. To be heard and to be influential, you’ve got to have a way to sing out with passion and love and self-trust—to sing out your song for everyone to hear. Women leaders are at a disadvantage because we are actually taught not to sing out with strength and conviction.”

“Trust your own outrage…. When your gut tells you something is wrong, trust that. And it’s not just for you, it’s for other people who might not be able to speak as loudly or as clearly as you might be able to. Part of your responsibility as a person who cares about people is to trust your own outrage and speak about it.’”

3. Refuse to be silenced 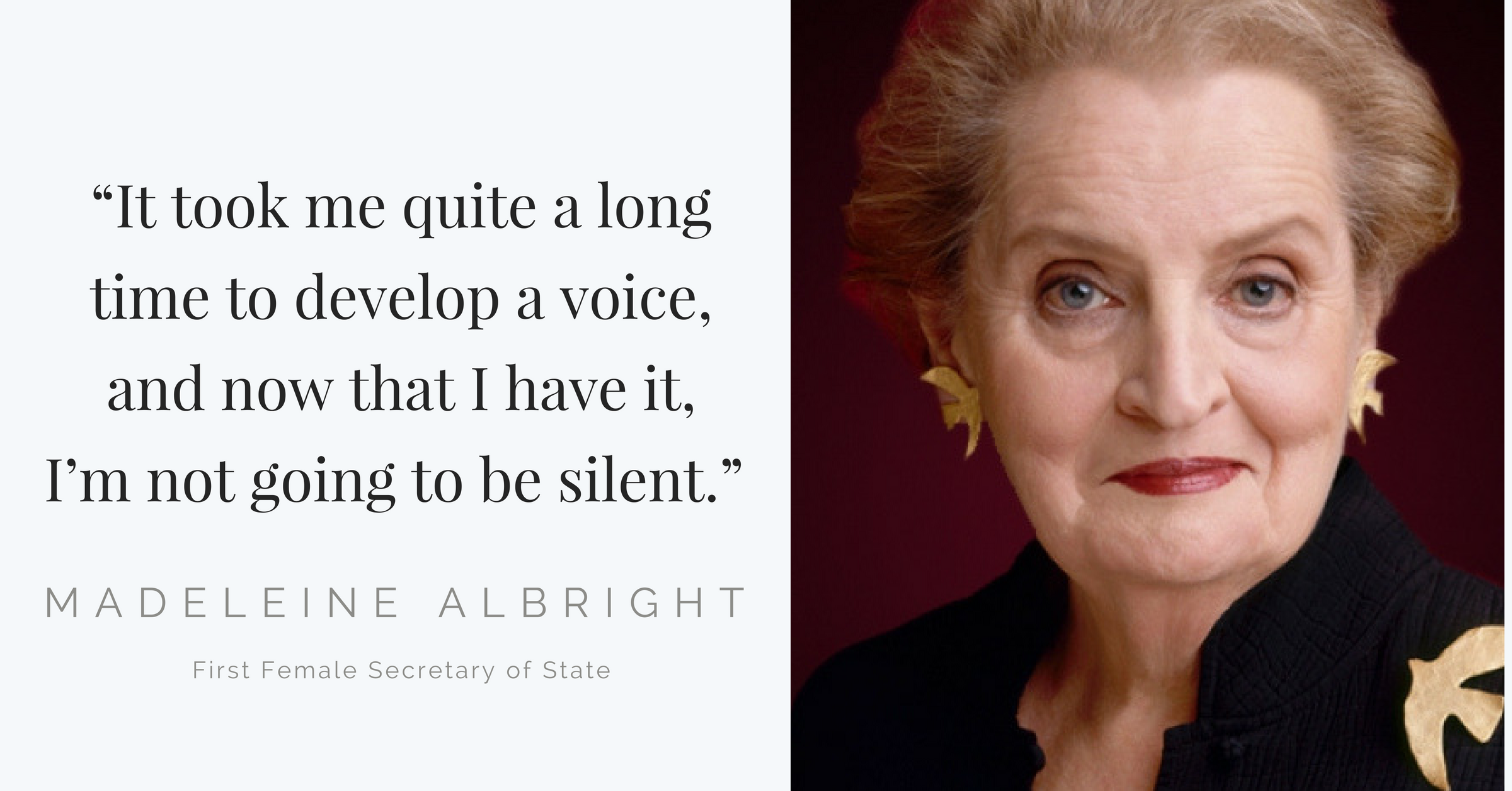 “I don’t think we can afford to be silent anymore. Where before we could probably be like, “Yeah, I guess I will be quiet because I might lose something,” I think now we have way more to lose than we realize. So that’s what is at stake…. I think it is expensive to be quiet sometimes; it costs us more to be quiet than it does to speak up.”

4. Don’t worry about being liked

“If women believe that they can be free, that they can have a voice, that they can do whatever they want, and that they have the right and the mandate to fight for it, anything can happen. But part of it is breaking through our own sense of limitation and our fear that if we step forward, people won’t like us…. Give voice to what you know to be true and do not be afraid of being disliked or exiled. I think that’s the hard work of standing up for what you see.”

“Every day we have to push forward. Don’t be patient and don’t wait for someone to ask you and don’t think everyone’s going to like you. Because if you’re not pissing someone off, you’re probably not doing your job! And that’s how change happens, because people are bold and audacious.”

“I am constantly amazed at how courageous and radical speaking the truth is. The most activist thing you can do is just speak the truth and search for the truth, and just follow that trail.” 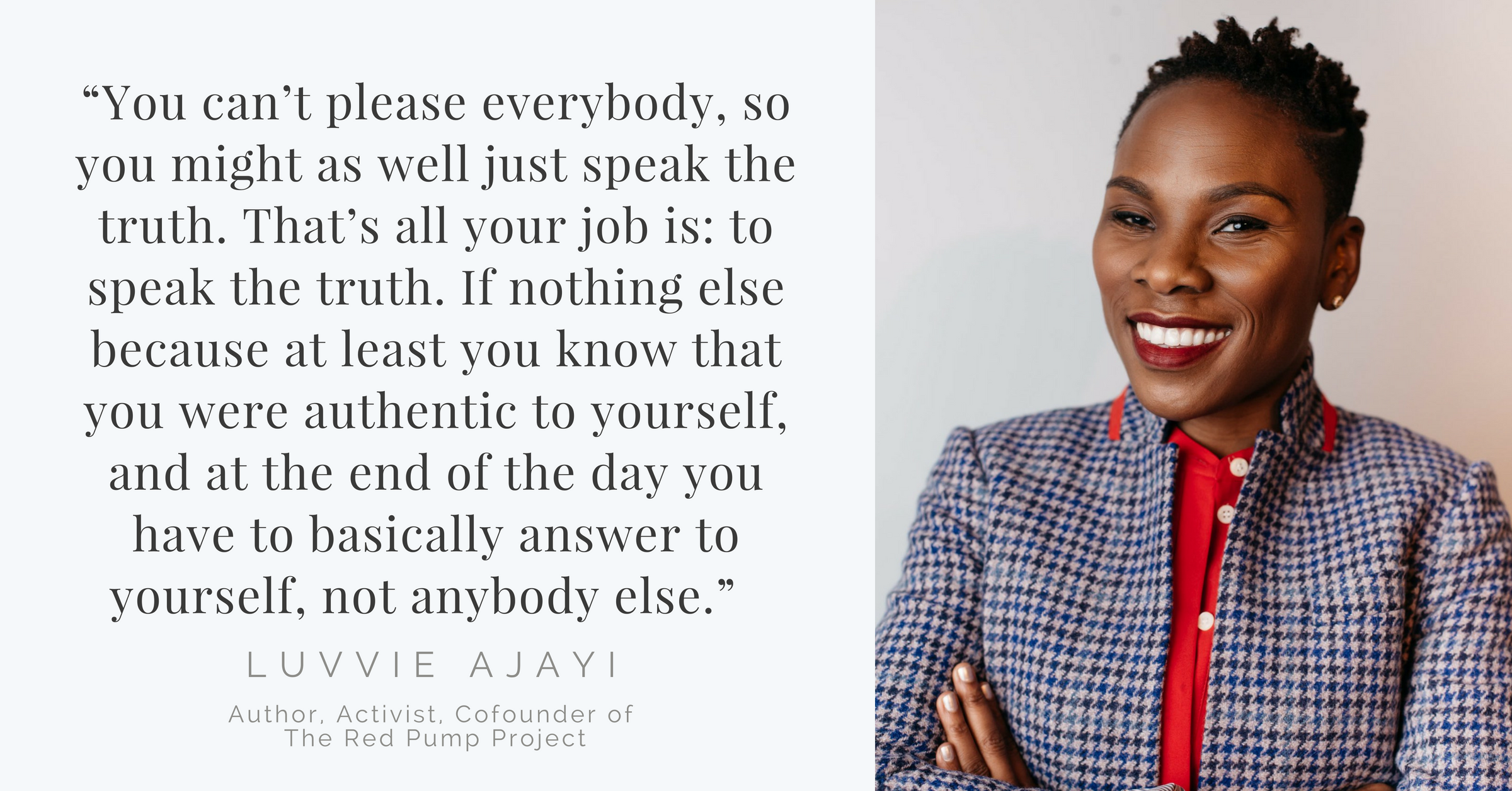 “We have to break through silence and speak our truth.”

“Huge pressures are brought to bear on women to dismiss a truthful voice as stupid or bad or selfish or wrong. We’ve been inducted into a culture that would have us dismiss that voice. What happens is the human voice gets shut down—and that human voice right now is absolutely crucial if humans and the planet and life on earth are going to survive. The good news is that voice is in each of us, and we all know it. The bad news is there are both psychologically and politically huge forces against listening to that voice.”

7. Develop courage by standing up for others

“I would encourage us to try our best to develop courage. It’s the most important of all the virtues because without courage you can’t practice any other virtue consistently. You can be anything erratically—kind, fair, true, generous, all that—but to be that thing time after time, you need courage. And we need to develop it in small ways first… so that if you decide, ‘I will not stay in rooms where women are belittled, where races are belittled; I will not take it; I will not sit around and accept the dehumanizing of other human beings.’ If you decide to do that in small ways, and you continue to do it, finally you realize you’ve got so much courage that people want to be around you. They get a feeling that they will be protected in your company.” 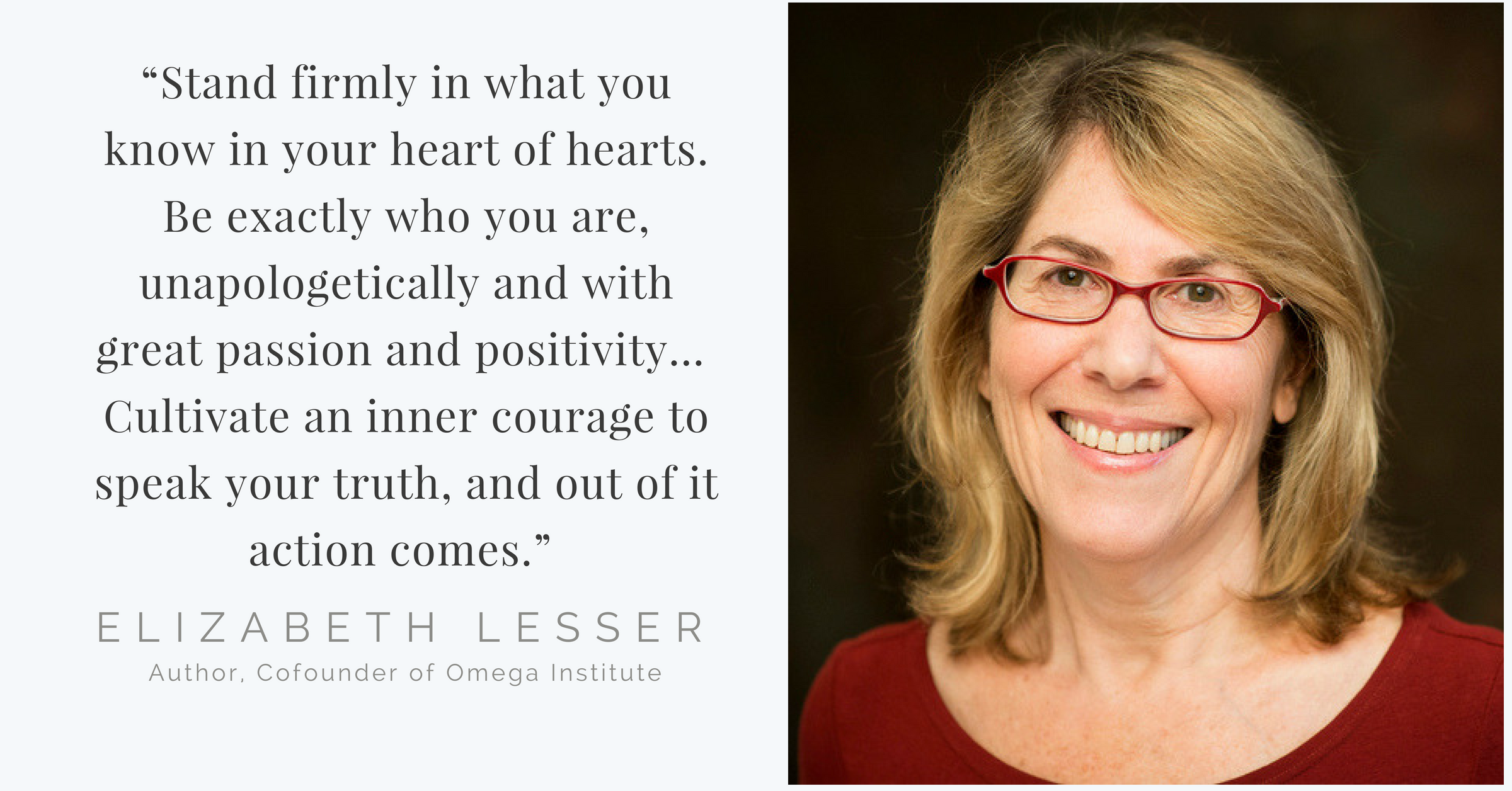 9. Don’t be afraid to stand alone

“Be passionate about what you believe in and do not be afraid to stand alone. When you know it’s that important, don’t be afraid. If you feel strongly about a certain position and certain values or a certain view, then you should be able to stand alone.”

10. Be vigilant about not losing your voice, and help others to do the same

“There is a point, and it’s usually around puberty and when you are becoming a woman, where women do lose their voice. If we could save them the time lost between that time and the time when they start to regain it, imagine the power we would unleash?”