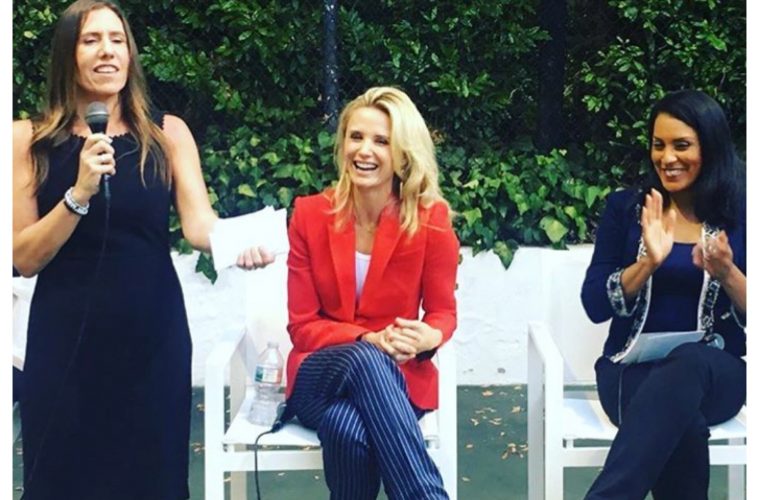 What Will It Take events facilitate the critical conversations, connections, and actions needed to elevate women in business, politics, media, sports, and finance. Sign up for our newsletter to receive updates and information about our upcoming events as they become available.

*Due to the COVID-19 pandemic, the various events we had planned for 2021 are being rescheduled or moved to online events. Stay tuned for more details and dates.

As a follow-up to our successful event last fall at the NYU Skirball Center, which featured Leader Nancy Pelosi, Pat Mitchell, Symone Sanders and more, the aim of this event is to analyze the global landscape of women’s political leadership, the critical gaps that persist, and innovations in providing more opportunities, pathways and power for women leaders. Throughout the event, we will focus on how we can ensure more women rise to political leadership, and, most importantly, where we go from here. This event will feature a high profile keynote or fireside chat and a series of panels on timely themes as well as a reception. Attendees with leave with key action steps to assure forward momentum.

This thought leadership event is bringing together a diverse group of executives, athletes and activists to raise awareness, initiate collaboration and activate change, through provocative conversations about equality in sports. The summit will address the economic, media and social challenges faced in sports at all levels and how, through a unified approach, we can transform the industry and finally address the issues surrounding equality. The event will feature panel discussions and fireside chats designed to educate attendees about the issues with the objective of having measurable impact on the media, influence with brands and empowering all of us to take action. Stay tuned for more details coming soon!

What Will It Take to Create a Workplace Culture of Respect, Equity and Value for All
New York, NY
In partnership with A CALL TO MEN—a respected leader on issues of manhood, male socialization and its intersection with violence, and preventing violence against all women and girls—this breakfast salon will bring together champions of workplace equity and diversity and inclusion from across industries to help understand what steps can be made toward achieving true equity in the workplace. The event will consist of a keynote address, corporate case studies, an interactive panel discussion, networking opportunities, and co-creation of shared commitments to creating workplace culture of respect, equity and value for all.

What Will It Take: Women & Media
Los Angeles, CA

As a follow-up to our first powerful event in this series, this convening will bring together professionals and media makers in the media and entertainment industries to strategize on how we can create better and more representative media, get more women and diverse leaders in positions of power, and change the culture in Hollywood and beyond.

PAST WHAT WILL IT TAKE EVENTS

Women & Money: Making Money Moves that Matter
On September 16-17, 2019 in Austin, TX, in partnership with Changemaker Strategies, we convened catalytic leaders and activists in the fields of strategic philanthropy, social entrepreneurship, angel investing, and impact/gender-lens investing to connect, learn from each other, collaborate in new ways, and craft action plans for mobilizing money with a gender, racial, and economic justice lens.
Check Out the Event Highlights.

What Will It Take: Men as Allies in Gender Equality
On October 25th, 2018 What Will It Take partnered with our sister brand SOCAP (Social Capital Markets) to host a panel discussion about gender relations in the public and private sectors. In this panel, leaders working to advance gender equality, prevent men’s violence against women, and change outdated paradigms in the business/entertainment world and beyond shared some of the ways that women and men are working together in solidarity to address these issues, and how investors and corporations can shift workplace culture to one of respect, equity and value for all. Moderator: Marianne Schnall, founder, What Will It Take; Panelists included: Ted Bunch, Co-founder, A CALL TO MEN; Mauricio Mota, Founder and Co-President, Wise Entertainment; Adrienne Becker, CEO and a Co-Founder of Level Forward and Co-Founder of Killer Content.
Watch the video and find out more.

What Will It Take: Women’s Political Leadership
On October 15th, 2018 we held our Women’s Political Leadership Event at NYU’s Skirball Center in New York City. It was an inspiring evening featuring Marianne Schnall’s Q&A with Democratic Leader Nancy Pelosi and a panel discussion moderated by Pat Mitchell in which Symone Sanders, Brittany Packnett, Alessandra Biaggi, and Kerry Healey offered their powerful insights on why it’s so crucial to have more women in politics and how we can all get involved in making that happen.
Watch the videos and find out more.

What Will It Take to Make Media that Advances Gender Equality?
On August 23rd, 2018 we held our What Will It Take to Make Media that Advances Gender Equality? event in Beverly Hills. The event—which kicked off our Women & Media initiative and was part of our Year of Women campaign—was attended by a variety of media makers and featured a panel conversation moderated by WWIT founder Marianne Schnall with Jennifer Siebel Newsom (Filmmaker; Founder & CEO, The Representation Project), Brenda Robinson (Women at Sundance Leadership Council; USC Annenberg Inclusion Initiative) and Caroline Heldman (Political Science professor at Occidental College; Research Director of the Geena Davis Institute on Gender in Media). This timely event was in partnership with Second Lady of California Jennifer Siebel Newsom and her organization The Representation Project and addressed the influence media has on culture, the need for more women leaders and diversity in the media industry, and how media can drive gender equality.  Special thanks to Shelley Zalis and The Female Quotient for hosting us and their support of the event.
Watch the videos and find out more.