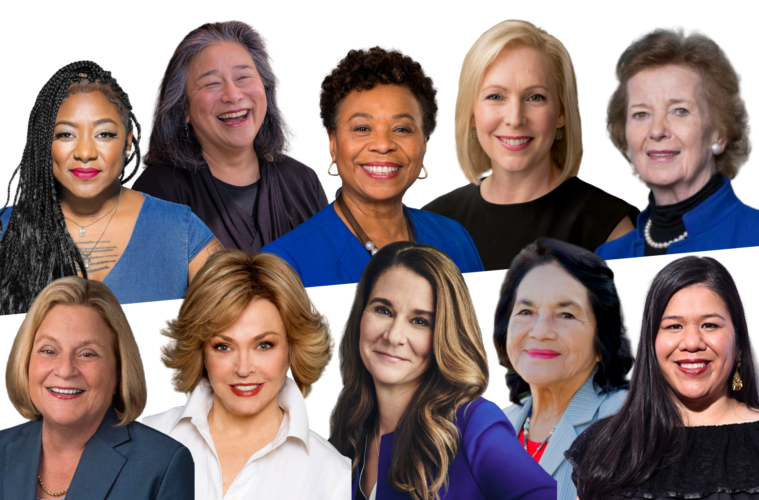 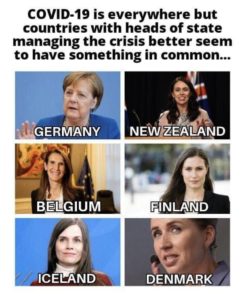 A few weeks ago an evocative meme was making the social media rounds: a picture of the leaders of Germany, New Zealand, Belgium, Finland, Iceland and Denmark with the caption “COVID-19 is everywhere but countries with heads of state managing the crisis better seem to have something in common…” Of course the answer was that they were all women. The narrative is that from Angela Merkel of Germany to Jacinda Ardern of New Zealand to Tsai Ing-wen of Taiwan (as well as the leaders of Denmark, Finland, Iceland, and Norway), it does appear that countries who have female leaders at the helm are proving to be faring better during the pandemic thanks to their effective handling of the response to the COVID-19 crisis.

It’s important to underscore this story because it counteracts a long-held false narrative that somehow women aren’t as well suited or prepared to be leaders—and that leadership in general, particularly as heads of state, is the more natural realm of men. This false notion can lead to many misconceptions with damaging outcomes. For example, it fosters a self-perpetuating belief that somehow women candidates aren’t electable or may be a political risk, which may be part of the reason we have yet to elect a female president here in the United States.

Women are still so vastly underrepresented in all levels and sectors of leadership here in the US and around the world. According to Axios, at the start of this year, only 15 of the 193 United Nations countries were led by women, and that has now dropped to 13. Women currently make up only 23.7% of the US Congress and only 5.8 % of Fortune 500 CEOs—and these numbers fall even lower when it comes to women of color.

The efficacy of female leaders handling this pandemic, and what we can learn from what leadership qualities and skills women bring to leadership, are lessons worth noting as we seek to rebuild our country, economy, and address the many problems we face as a nation and world. We need women leaders, and leaders of all genders can learn the traits these women model as we create new updated paradigms of leadership.

We now have a forced opportunity to fix the many cracks in our broken systems—this pandemic is prompting us to rethink and rebuild our world. So one of our top goals should be a more equal number of female leaders (and diversity generally) as part of our stewardship of this planet. We need women’s voices, perspectives, visions, innovations and solutions now more than ever.

I had the opportunity to reach out to a group of prominent female leaders to get their thoughts on this topic—on what they think women bring to leadership and what it will take to make sure we have them seated at the tables where important decisions are being made, especially at this critical time when so much is at stake for the present and the future of our country and our world. Please read on for their perspectives, hopes, and calls to action. 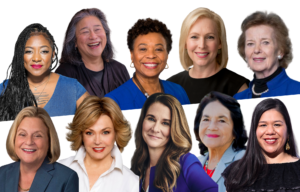 Women Continue to Lead the Charge and We Desperately Need It

Many of us are past day 50 in our quarantine, and this crisis has already unemployed more women than men in nearly all job sectors. But female government leaders still seem to be the secret weapon in fighting this virus effectively. Angela Merkel, the chancellor of Germany and New Zealand’s Jacinda Arden are just two global leaders stepping forward to show what can be done and are proof that women must have a seat at the table as we navigate the future. As states in the U.S. begin to reopen, one in three frontline workers are women. Here’s what you need to know about who’s at risk and how to be a good leader right now.

Communities of color, survivors of abuse continue to take this the hardest

Black people can’t get the healthcare they need and indigenous people are disproportionately affected by this virus. COVID-19 is twice as deadly for Black and Latino people than for whites. Race is not a risk factor, but living in a racist country is. Meanwhile, domestic violence, child marriage, and genital mutilation are bigger concerns with women facing a second crisis, especially in the world’s poorest countries. There’s been an uptick in domestic violence as survivors are forced to shelter in with their abusers putting them at even greater risk. But communities are doing what they can to help. Uber is offering 50,000 free rides to violence shelters and safe havens, Rihanna and Twitter executive Jack Dorsey teamed up to co-fund a $4.2 million grant to Mayor’s Fund for LA to “to address a surge in domestic violence,” and Facebook COO Sheryl Sandberg and her fiancé, Tom Bernthal, contributed $1 million to YWCA USA and $500,000 to YWCA Silicon Valley to support their domestic violence programs. Communities like these in France and Illinois are coming up with safe ways to financially help and house survivors.

Climate change hasn’t just gone away, but the pandemic is teaching us lessons on how to battle climate change in the future. Now’s a good time to learn about the Solar Mamas and girls and young women who are continuing the climate-change fight. We are living through an unrivaled drop in carbon output, but there’s more to the story.

Pay attention to the good news

It’s important to focus on the positive stories right now. This project is distributing one million meals to sex trafficking victims, while these Afghan girls made a ventilator with car parts and this $1 million grant helps girls of color. Here’s where you can buy face masks and support freelance makers, many of whom are women.

We just added a new Headlines & Resources section to COVID Gendered where you can find subject-specific articles and resources. We will be regularly updating this section, so send us your suggestions.