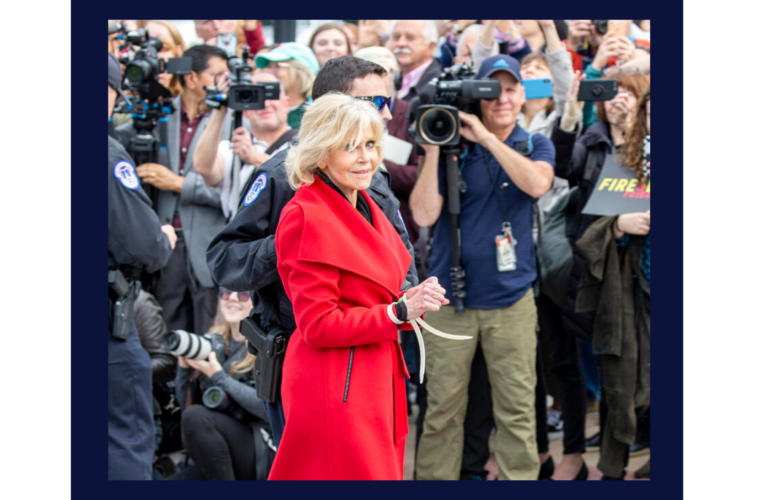 Insights from Jane Fonda: Now Is the Time to ‘Lay the Groundwork for an Equitable, Renewable Future’

Actress and activist Jane Fonda isn’t letting a pandemic slow down her mission to create awareness and action around climate change and other issues she is passionate about. On the contrary—not only has she taken her Fire Drill Fridays effort online but she is more committed than ever to using her voice and influence in this unprecedented moment to build momentum toward creating a more equitable and sustainable future. She’s busy advocating for our nation’s most vulnerable essential care workers, making the case for why we need more women in leadership, and putting pressure on Congress to pass a New Green Deal. She’s even working to keep the government bailout funds from the fossil fuel industry, which she calls a “yesterday industry,” and instead invest them in renewable technologies that are better for people and the planet.

I had the opportunity to interview Fonda via Zoom for a new video series I am launching called The Shift, talking to prominent thought leaders who are helping to usher in the necessary paradigm shifts to create a better world. She asserts that her activism—rather than being something that she feels obligated to do—is actually what has saved her from becoming despondent and depressed, and is instead the life force that gives her energy and hope in challenging times. She told me, “When I start flexing my activist muscles, when I start to do something that is bigger than me that is helping a bad situation, I tend to not be depressed anymore. I tend to feel empowered.”

Having interviewed Fonda numerous times over the years, I’ve always found these elements of her character to be consistent: her dedication, her candor, her caring, her courage, and her unwavering and fierce commitment to using her star power and influence as a positive force for change. The US Is Failing Mothers
The Coronavirus pandemic has exposed the deep inequalities in American society, and the disdain for working mothers has never been more palpable. While chef and mom Deb Perelman wonders where our “primal scream” is, the truth is mothers have been organizing long before the pandemic. Now that we’re asked to work and care for children simultaneously without missing a beat, even high wage workers are complaining, and the need for a functioning childcare system has never been more apparent. And this double-bind could go indefinitely with parents having to make their own decisions for the fall semester. On the bright side, it is getting easier for US mothers to breastfeed and we know how to support women in the workforce.

Government Matters
Of course, the US isn’t the only country failing working mothers—Italy’s done a pretty terrible job at it and it’s only getting worse in the pandemic. It turns out that government response really does matter, whether failing to prevent domestic violence in the UK or stopping the spread here in the US. So while some male leaders are struggling with what wearing a mask says about their masculinity, Jacinda Ardern-led New Zealand is officially Coronavirus-free, and countries led by women have six times fewer COVID-related deaths.

Want to Really Get Mad? Look at the Numbers by Race
White people keep making headlines for throwing tantrums when asked to wear a mask, while Black, Latinx, and Indigenous folks are dying at higher rates. The combination of a lifetime of systemic disenfranchisement with over representing in jobs that require you to be there in person plus a global pandemic has created a health and economic disaster for communities of color that shows no sign of stopping. We need bold action to make change now.

Black Lives Matter and #IAmVanessaGuillén
Protests continue as does state-sanctioned (or state-ignored) violence with the murders of Black trans women Bree Black, Merci Mack, Shakie Peters, Riah Milton, and Dominique “Rem’mie” Fells; Latinos Andres Guardado, Carlos Ingram López, and Sean Monterrosa; Indigenous people Rodney Levi and Chantel Moore; and more whose names we should know like Elijah McClain. And the officers who killed Breonna Taylor remain free while her name is in danger of becoming a meme. Last week, the remains of Private First Class Vanessa Guillén were found after she went missing from Fort Hood. The catch? Her family had to go to the press to get anyone to investigate the disappearance of their Latina daughter, who had complained about sexual harassment on base. So, no, a global crisis doesn’t put a pause on gender- or race-based violence. If only it did.

So Vote Like Your Life Depends On It
Famed activist Angela Davis made news giving her thoughts on the upcoming Presidential election, saying “we have to persuade people to go out and vote.” But of course, the race for the White House isn’t the only thing on the ballot. Women like Michelle Au are running all across the nation and at record numbers too. Which is a good thing because women leaders can handle a crisis. 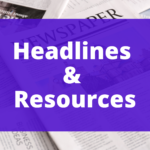 Visit our Headlines & Resources section to find current, subject-specific articles and resources. We regularly update this section, so send us your article suggestions.

We have big plans to develop COVID Gendered with additional content, resources, actions, events and other special features. Please help us grow our work and make this project sustainable by making a donation. If you are interested in sponsoring this initiative, please contact us.
Thank you!