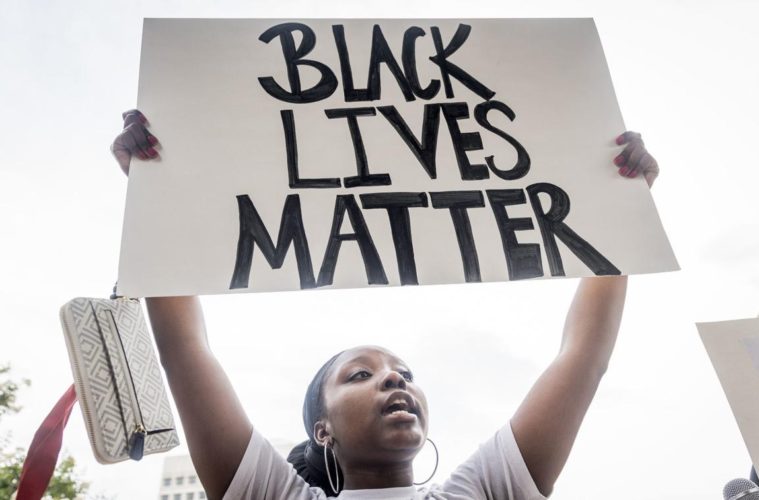 Police officers’ horrific murders of George Floyd and Breonna Taylor have sparked mass outrage, calls for justice, and protests around the world. It is time to confront the deeply embedded systemic racism that exists in this country—and finally have the national conversation and make the commitment toward transformative change our history requires and deserves.

During this raw and fertile time for change, we can look to the wisdom of longtime civil rights activists—advocates like Kimberlé Crenshaw, co-founder and executive director of the African American Policy Forum and professor of law at UCLA and Columbia Law School. Crenshaw has been working on these issues for decades and offers a frame that takes into account the complexity of these issues and the often overlooked intersections of our multiple identities. More than 30 years ago, Crenshaw, a leading scholar of critical race theory, coined the term “intersectionality” to describe the way people’s social identities can overlap and how that impacts their experiences, as well as the collective work we need to do to uproot inequality and injustice.

I felt fortunate to be able to talk to Crenshaw during this unprecedented time in history. In our far-ranging conversation, we talk about whether she feels hopeful this moment of reckoning can produce real transformative change, how to apply intersectional principles to the issues we currently face, the impacts of COVID-19 through an intersectional gender lens, the importance of supporting Black female leadership, how she takes care of herself during these challenging times, her vision of a better world, and more. 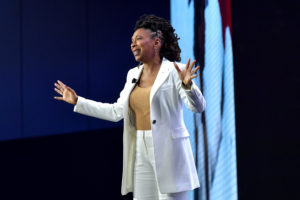 Since Memorial day—when a white police officer killed 46-year-old Black man George Floyd by holding his knee on Floyd’s neck for close to nine minutes and continuing to do so even after Floyd was no longer conscious—an uprising has spread across the country. Residents in at least 1,382 cities and surrounding areas in every U.S. state have taken to the streets to protest, demand justice, and call for an end to police brutality against Black Americans. Protesters are also speaking out against other killings of innocent Black people, including Breonna Taylor, who was gunned down by police in her own home in Louisville in mid-March; Nina Pop, a Black transgender woman who was stabbed to death in her own home in what police have identified as a hate crime; 25-year-old Ahmaud Arbery who was chased down and shot by two white men, one of them a former police officer; and countless others that everyday go unseen or undocumented.

Now is the time for non-Black people to check their privilege, educate each other with anti-racist podcasts and books, lift up Black voices and stories, and take action to end racialized police violence.

How to help if you can’t protest
The coronavirus pandemic hasn’t stopped, and experts are afraid that the protests will spread infection, though institutional failures are more to blame for any COVID-19 spikes than demonstrations. As Roxane Gay pointed out in The New York Times, “eventually doctors will find a coronavirus vaccine, but Black people will continue to wait for a cure for racism”—for that reason, these protests continue. But those with high-risk immune systems or disabilities might not be comfortable with protesting but there are still many ways to help from your couch.

Here are a few suggestions for organizations to donate to and promote on your social media:

Minnesota Freedom Fund: “We aim to center our work in healing and transformative justice principles, intentionally develop our organizations core ‘DNA’ to ensure sustainability, and develop Minnesota’s emerging Black leadership to lead powerful campaigns. By building movements from the ground up with an integrated model, we are creating the conditions for long-term success and transformation.”

Women for Political Change Mutual Aid Fund: “Your contribution goes towards the collection of community funds that we will distribute directly to members of the WFPC community who are in need of emergency financial support. Requests for aid are granted to women, trans and non-binary folks under 30 residing in Minnesota, priority given to those who are Black, Indigenous, people of color (BIPOC), queer, sick or disabled, undocumented, unemployed, and/or a parent or caretaker.”

Here is a comprehensive list of national and local resources.

Here is a comprehensive list for how to help in the fight against police brutality. Here’s another.

Focus on the good leaders and hold the bad actors accountable
On Tuesday, as protests continued in cities around the U.S., Ella Jones was elected Ferguson, Missouri’s first Black mayor. Keisha Lance Bottoms, the mayor of Atlanta wrote about her own fears as a mother of a Black son while protests continued in her city. The Sacramento police chief and mayor kneeled and prayed with spiritual leaders protesters before the march on Wednesday morning. These Black female mayors are in the spotlight for demonstrating thoughtful leadership throughout the crises, while protesters in New York City have called for the resignation of their mayor, Bill de Blasio. De Blasio originally expressed praise for police in showing “tremendous restraint” toward protesters as the city cracked down on an 8 p.m. curfew before changing his tune. Meanwhile, many journalists and readers railed against The New York Times for publishing Sen.Tom Cotton (R-AK)’s op-ed calling for militarization in U.S. cities to “restore order.” If you’re feeling frustrated by the leaders in your community and want to continue to protest, here’s how to do so safely. On June 4, Dyke March NYC did a Zoom session for keeping yourself and others safe while you’re on the frontlines of protests.

Here’s how you can keep the conversation going
While you continue to talk with your friends and family, make sure you’re looking for lists of bookstores, restaurants, and other local Black-owned businesses to support in your community. If you’re a parent in the age of Black Lives Matter, resources such as Woke Kindergarten and The Conscious Kid are great places to start. And remember: Don’t mindlessly reach out to your Black friends, and do the work yourself. Black women and girls, especially, need your attention and support.