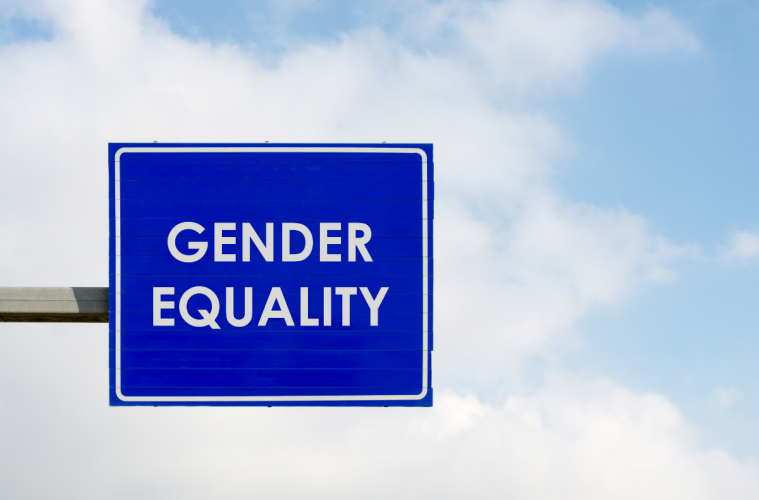 This Women’s Equality Day, let’s remember all the reasons why it’s so crucial for our society and the world to achieve gender equality… and then let’s keep stepping up and taking action to make it happen in our lifetime. The time is now!

“Not only is gender equality or gender parity a right that belongs to all women, but gender equality makes for a better world. It creates a more inclusive marketplace, which by the way is more successful and delivers a better bottom line. It brings prosperity to families and peace and security to communities. You look around the world and you see where women have greater equality and have access on an equal basis to opportunity, and you’re going to see a society that is more prosperous, more peaceful, more sustainable. And all of that comes from a woman’s perspective on how she can lead.”

“I care about equity and equality because people deserve to have their full rights acknowledged, and you need to live in a life and walk in a world where you’re fully acknowledged and actualized, and you can’t do that if you don’t have an equal playing field.”

“Gender equality is critical because right now we live in an unequal society that actually values the lives and the contributions of men over women. And as long as we have a hierarchy of human value in this country, we’re actually never going to realize freedom. We’re never going to realize opportunity. Achieving gender equality is a step toward achieving a society where we undo the hierarchies of human value that have created unsafe workplaces, undignified workplaces. What’s at stake is all the creativity and the contributions and the ideas and the huge amount of human potential that we leave on the table by suppressing and devaluing women.”

“Gender parity matters because it’s the only way to actually have anything be fair. Whether you’re talking about in government, corporate structure, families—parity means that all sides are being considered. And it’s not just a moral obligation, it’s also a financial imperative. Because if you want to run a successful company, successful companies are diverse. The more diversity you have on your executive board and at high levels in the company, the better the company does. So not only do we have a moral duty to make sure that everyone is being fairly represented, but we’re talking about incredible return on investment here as well.”

“It’s not just about women rising; it’s about men rising, too. I know that sounds counterintuitive, but I think that feminism means supporting men and women to create equality that makes our societies better, our relationships better, our opportunities better. Basically, if we can create this kind of full equality and understanding between men and women, what we’re going to do is we’re going to allow ideas to rise that help us take down poverty and take down human suffering on a new level. So I think of it as being a benefit to society, not just about a benefit to women.”

The above quotes are condensed from interviews by journalist and author Marianne Schnall and appear in her new book Leading the Way: Inspiring Words for Women on How to Live and Lead with Courage, Confidence, and Authenticity.