About What Will It Take Founder Marianne Schnall 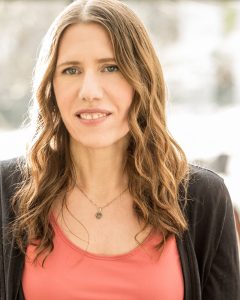 Marianne Schnall is the founder of What Will It Take Movements and a widely published journalist, author, speaker, and interviewer. She is the author of Daring to Be Ourselves: Influential Women Share Insights on Courage, Happiness and Finding Your Own Voice, What Will it Take to Make a Woman President? Conversations About Women, Leadership & Power, plus her latest books: Leading the Way: Inspiring Words for Women on How to Live and Lead with Courage, Confidence, and Authenticity and Dare to Be You: Inspirational Advice for Girls on Finding Your Voice, Leading Fearlessly, and Making a Difference.

Marianne is also the founder and Executive Director of Feminist.com, a leading women’s website and nonprofit organization. She also currently serves as Senior Media and Communications Consultant to the Global Center for Gender Equality at Stanford University.

Marianne has worked for many media outlets and publications. Her writings and interviews with well-known individuals appear in publications such as O, The Oprah Magazine, Forbes, Refinery29, CNN.com, Glamour, In Style, The Huffington Post, the Women’s Media Center,  TIME.com, Ms. Magazine, EW.com, Psychology Today, and as a contributor to the nationally syndicated NPR radio show, 51% The Women’s Perspective.

Marianne is the host of the podcast ShiftMakers that highlights exclusive insights of luminaries and movement makers as they share wisdom on how to be an authentic changemaker today.

Marianne graduated from Cornell University with a BA in English and is a graduate of the Women’s Media Center’s Progressive Women’s Voices media and leadership training.